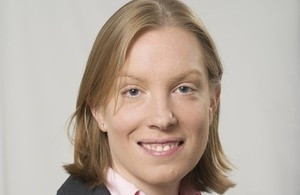 Britain's Minister for Sport Tracey Crouch will join the World Anti-Doping Agency (WADA) Foundation Board chaired by Sir Craig Reedie from next year, it has been announced by the UK Government.

The Board is WADA’s main decision-making body, comprising of 38 members from Olympic organisations and National Governments, and the Minister will join as one of three European Union representatives.

"I’m pleased to join the WADA Foundation Board, because it’s vital that we step up our efforts to promote clean sport," said Crouch.

"Now is the time to take a united, global approach to eliminate doping and I look forward to working together with international partners to maintain the integrity of every sport."

Among the current members of the Foundation Board are Canada's Beckie Scott, winner of an Olympic gold medal in cross-country skiing at Salt Lake City 2002, Turkey's Uğur Erdener, President of World Archery, and Francesco Ricci Bitti, former President of the International Tennis Federation and who now leads the Association of Olympic Summer International Federations.

Another IOC member who sits on the Board is former WADA President Richard Pound, the Canadian who led the Independent Commission which found evidence of state-supported doping in Russia, leading to that country's suspension last month from the International Association of Athletics Federations, putting in jeopardy their participation at Rio 2016.

Other notable members of the Board include America's Michael K. Gottlieb, assistant deputy director at the White House Drug Policy Office, and Susan Ley, Australia's Minister for Sport.

The item highest on the Foundation Board's agenda at the moment is the establishment of a an independent drug-testing agency, potentially carrying out testing programmes and enforcing sanctions itself.

It would take responsibility away from organising committees and International Federations, it is hoped.

"I welcome the appointment of the Sports Minister, Tracey Crouch MP to the WADA Foundation Board at this important time for anti-doping in sport," Sir Craig, currently attending the IOC Executive Board meeting here, said.

The full WADA Executive Committee and Foundation Board, which rotates each year, is due to be announced on January 1, when Crouch will officially take up her position.