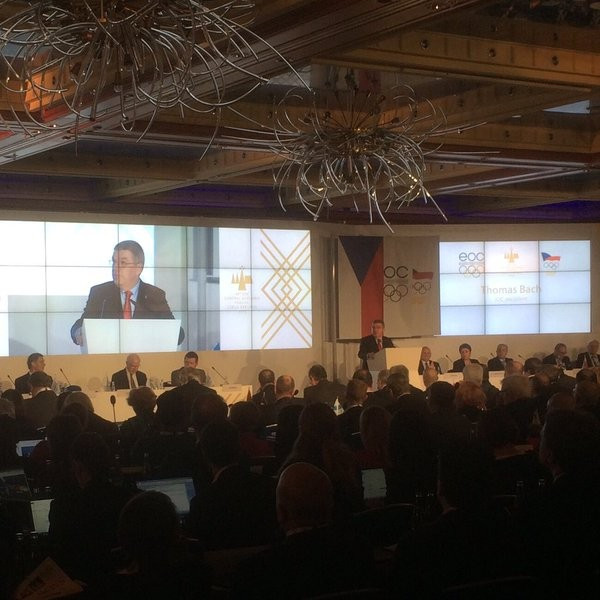 The most significant announcement was the creation of a new intelligence gathering unit funded by the IOC to be set up before next year's Olympics in Rio de Janeiro to try to catch cheats before they have the opportunity to compete in Brazil and putting the Court of Arbitration in Sport (CAS) in charge of sanctioning.

Bach's initiative, first raised at the Olympic Summit in Lausanne last month, has become more urgent following the publication of the report from the WADA Independent Commission earlier this month which revealed details of state-support doping in Russia.

The damning report led to the International Association of Athletics Federations (IAAF) suspending Russia from competition, putting in jeopardy their participation a next year's Olympic Games in Rio de Janeiro.

WADA have now launched a task force to investigate the feasibility of taking over more responsibility.

"We are happy that the unanimously agreed initiative of the Olympic Summit of last October has been taken up by WADA, to make the anti-doping system more independent of sports organisations," Bach told delegates during a keynote address at the 44th European Olympic Committees General Assembly in the Czech Republic capital here today.

"Therefore, following up on the broad discussions we had among the leaders of the Olympic Movement at the Olympic Summit we would like to give food for thought for further consideration to the WADA working group, with the following three proposals for further discussion.

"One, a testing and results management organisation within WADA should be set up independent from the monitoring and regulatory functions of WADA.

"Sports organisations would transfer their anti-doping systems to this organisation and make the funding available initially at the level of their present investment in the fight against doping.

"This organisation should also coordinate the work of the National Anti-Doping Agencies to ensure a streamlined, efficient and worldwide harmonised anti-doping system.

"Governments – who are 50 per cent shareholders of WADA - should support this organisation alongside the sports movement, both logistically and financially.

"Two, within this new organisation a professional intelligence gathering unit should be established.

"This would allow WADA to be proactive.

"The unit could address issues with regard to the compliance of National Anti-Doping Agencies and anti-doping laboratories accredited by WADA, at the earliest possible stage.

"This would help to make all such institutions compliant at all times and in such a way protect the clean athletes worldwide to the same level.

"Third, sanctions should be pronounced only by the Court of Arbitration for Sport.

"In such a way also the system of sanctions would be centralised, be cost efficient and lead to harmonisation among all sports and among all countries.

"The current right to appeal such sanctions to a different chamber of CAS would be fully upheld and guaranteed.

"We are convinced that the adoption of these proposals would lead to a more efficient, more transparent, more streamlined, more cost efficient, more harmonised anti-doping system.

"It would better protect the clean athletes and enhance the credibility of sports.

"The IOC is independent of these discussions within WADA and is already taking the first measures in this direction.

"WADA will lead intelligence gathering funded by the IOC to make testing in the lead up to the Olympic Games Rio de Janeiro as efficient and independent as possible.

"Out-of-competition testing during the Olympic Games will also be guided by this intelligence group from WADA to make it more targeted and effective.

"As in previous Olympic Games, WADA observers will also supervise all aspects of the doping control programme at the Olympic Games in Rio de Janeiro."

Bach told delegates: "We are not just talking the talk, we are walking the walk."

He warned, however, extra resources would need to be funneled into WADA for them to be effective.

“WADA recognises that, to truly tackle the scourge of doping, the anti-doping community must further improve the approach that has been employed to date; and, above all, the resources that are currently being attributed to it,” said Sir Craig.