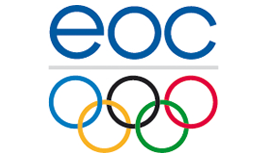 The European Olympic Committees (EOC) has distanced itself from a public pledge of support for Budapest's 2024 Olympic bid by a host of countries - and has said the backing won't influence voting IOC members.

Hungary's bid for the Games in nine years' time was given a notable boost when the National Olympic Committees (NOCs) of Central and Southern Europe jointly announced their backing for Budapest by signing a resolution at the EOC General Assembly in Prague.

A total of 16 NOCs were involved in all but the EOC today announced that it did not endorse this support, with three other bidders for the 2024 Olympics - Hamburg, Paris and Rome - also coming from Europe.

In addition, the EOC said that the NOCs of Central and Southern Europe was not an officially recongised organisation and reaffirmed that voting International Olympic Committee (IOC) members - who will decide the destination of the Games - make their choice as individuals and would not be swayed by the joint pledge.

Six such members come from the 16 countries involved but rules prevent them from publicly discussing their intentions.

"The NOCs of Central and Southern Europe is not an officially recognised organisation within the EOC," read an EOC statement.

"The EOC does not endorse the statement.

"With four outstanding 2024 candidate cities from Europe, the EOC will remain neutral at all times.

"All IOC members vote as individuals in a secret ballot and the IOC does not permit IOC members to discuss publicly how they will vote in advance of any election.

"It is clear that IOC members who could be associated with this statement were not consulted in advance of the announcement being made, therefore it is not appropriate to imply that IOC members from the region will follow the guidance from the statement.

"With the 2024 Candidature Process at such an early stage, the EOC urges all member nations to respect the IOC guidelines for the process in the months ahead.

"In this way, the IOC can fairly elect the best possible host city for the 2024 Olympic and Paralympic Games."

Albania, Austria, Bosnia and Herzegovina, Bulgaria, Croatia, Czech Republic, Cyprus, Greece, Macedonia, Montenegro, Poland, Romania, Serbia, Slovakia, Slovenia and Turkey were the countries to get behind Budapest after a proposal from the President of the Croatian Olympic Committee and EOC Executive Board member, Zlatko Matesa.

Officials from Budapest, which has been named as the European Capital of Sport for 2019, welcomed the show of support.

"Budapest is the right sized city, it is an Olympic sized city and those countries surrounding us will benefit from having a global sporting event hosted in the centre of the region," said the Hungarian Olympic Committee's general secretary Bence Szabo.

As well as the four European contenders, American city Los Angeles is also in the running for 2024 with the IOC vote taking place at its Session in Peruvian capital Lima in 2017.

insidethegames has approached Budapest 2024 for a reaction to the EOC's statement.