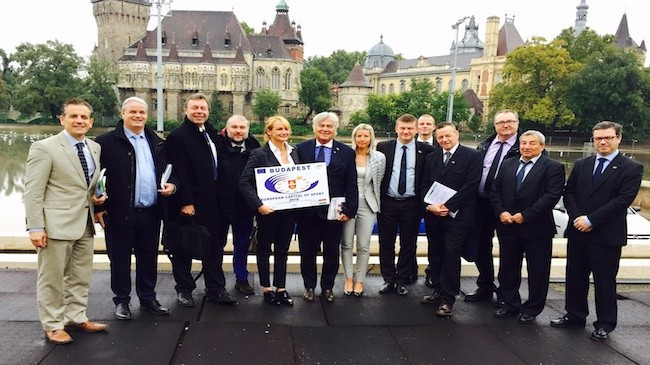 Hungary’s capital city Budapest, a contender for the 2024 Olympic and Paralympic Games, has been selected as the European Capital of Sport for 2019.

It marks the first time a Hungarian city has claimed the honour, which has been awarded annually by the the European Capitals of Sport Association (ACES) since 2001.

Budapest saw off competition from the Spanish city Málaga in the final round of deliberations to scoop the honour.

Yerevan in Armenia and Malta’s capital city Valletta were the two other candidates for the title, but were eliminated prior to the final.

In awarding the title Gian F. Lupatelli, President and Founder of ACES Europe, declared that “Budapest had been a very strong candidate and had showed enough potential to be European Capital of Sport”.

ACES Europe claim the title will provide a boost to the city’s international recognition by giving it a greater publicity, while they believe it will increase and improve sport policies.

”Budapest has proved several times it is a perfect host of international sports competitions such as wrestling,” said László Fábián, sports director of the Hungarian Olympic Committee, following the decision.

”Hosting the Fencing World Championships as well as Water Polo and the European Judo Championships will ensure the city is ready to become European Capital of Sport in 2019.”

The decision comes as the Hungarian city continue their bid for the 2024 Summer Olympic and Paralympic Games, where they face the challenge of fellow European cities Hamburg, Paris and Rome, in addition to Los Angeles in the United States.

Alexandra Szalay-Bobrovniczky, Deputy Mayor of Budapest, welcomed ACES Europe's decision and believes the title provides a welcome boost to their 2024 bid as they seek to bring the Olympics and Paralympics to Hungary for the first time.

”The announcement supports Budapest’s bid for the 2024 Olympics, brings media and global attention to the capital and importantly, we will gain valuable experience throughout the year,” she said.

”Budapest will mainly use existing venues and no infrastructure developments will be needed."

Despite their failure to secure the 2019 title, Málaga has been designated as the European Capital of Sport for 2020 as per ACES Europe rules.

The Italian city of Turin has held the title throughout 2015 and is set to be followed by Prague in the Czech Republic for 2016, Marseille in France for 2017 and Bulgaria’s capital Sofia in 2018.