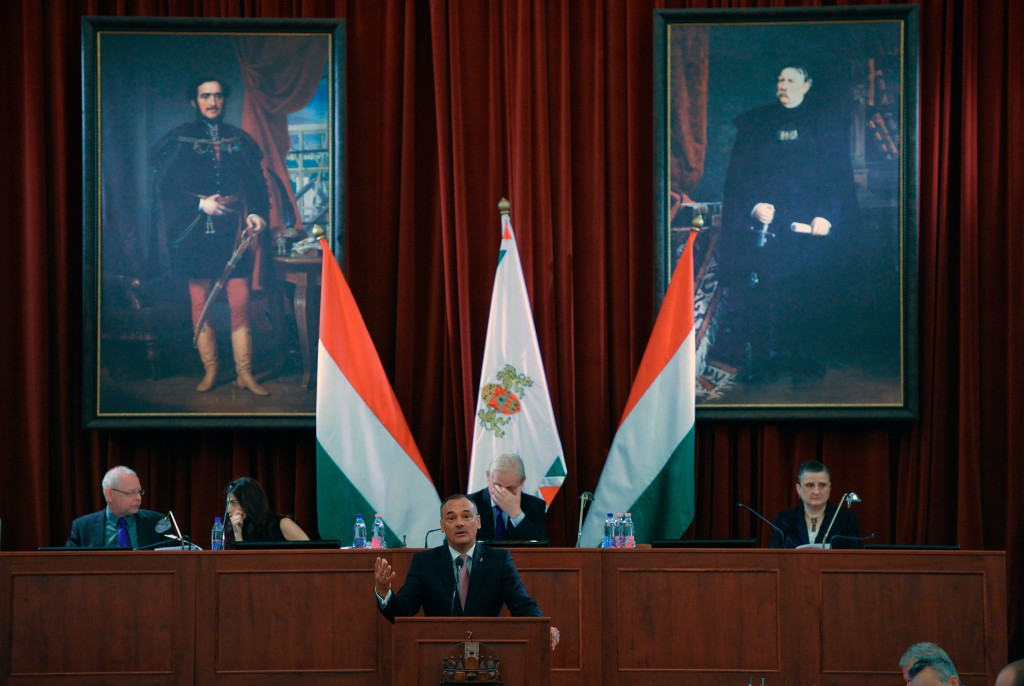 The leader of Budapest's bid to host the 2024 Olympics says he feels "reassured" about the Hungarian capital's campaign after attending the Association of National Olympic Committees' (ANOC) General Assembly in Washington D.C.

Last week's coming together was the first major opportunity for the five cities in contention for 2024 to showcase their bids, and like rivals Hamburg, Los Angeles, Paris and Rome, Budapest sent a strong delegation to the United States which was packed full of important officials.

Like members of other bid teams, the Hungarian group used their time in the US capital to meet and schmooze with IOC and NOC members from around the world - key people they will need on side when the vote to decide the 2024 host is held at the IOC Session in Lima in 2017.

Schmitt is a former Olympic fencer who served as Hungary's President between 2010 and 2012 before resigning due to a plagiarism scandal involving his doctoral dissertation.

“Having the opportunity to observe, listen and share our vision for our bid for the Summer Olympic Games in 2024 enthused and excited both myself and the team," Furjes said.

"This week has reassured me that we are preparing a strong bid which builds on our existing city plans for transport and urban development.

"Budapest is a city with sport at its heart.”

During the General Assembly, Budapest confirmed plans for a $740 million (£479 million/€670 million) investment in the city's Városliget Park, which will provide an improved space for sport and leisure.

Renovations to the Hidegkuti Nándor Stadium in east Budapest, currently home to the MTK football team, will be completed by August 31 next year, it has been announced, with the venue set to seat 5,322 people.

Plans to build a new 15,000-square-metre football stadium have also been confirmed this week.

“Every day we are moving forward as a city, building and developing at a rapid pace," Furjes added.

Thomas Bach, the IOC President, will be travelling to Budapest in December to celebrate the 120th anniversary of the HOC.

"This is a milestone for sport and we will be sharing our sporting heritage and success with the President and our people," said Borkai.

Budapest is seen by many as being the outsider to win the 2024 race, but the city has pinned hopes on the IOC's Agenda 2020, which suggests more economical Games could be held in smaller cities.

Hungary has never hosted the Olympics.