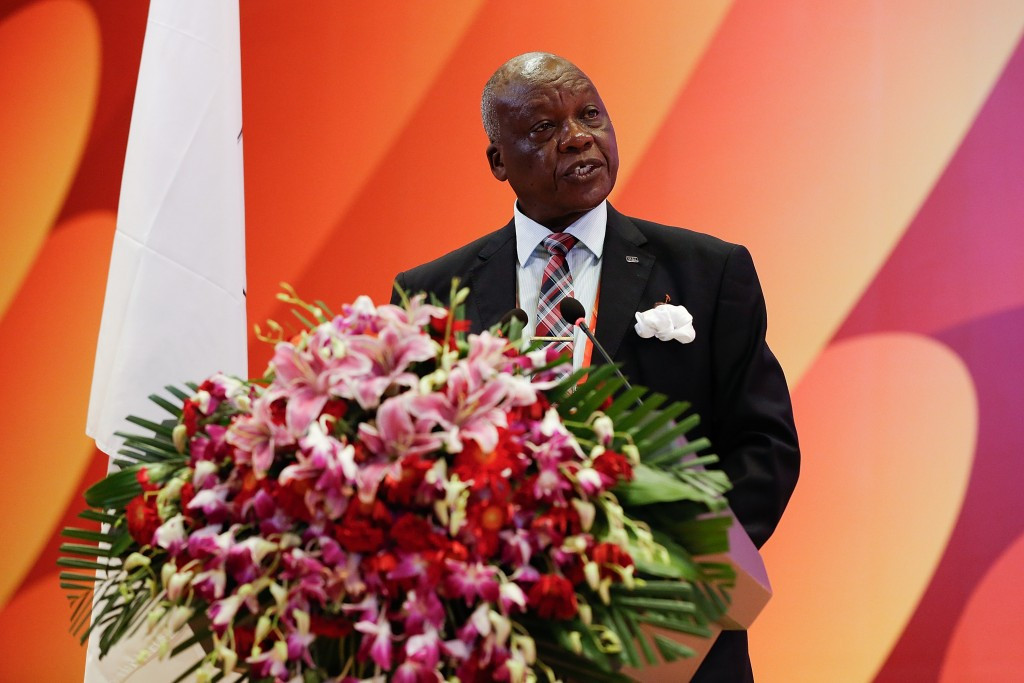 Kenya's David Okeyo, a member of the International Association of Athletics Federations (IAAF) ruling Council that voted to ban Russia, is being investigated by police in his home country after allegedly misusing funds from a sponsorship deal with Nike.

The IAAF have confirmed the matter to its Ethics Commission after it came to light.

Okeyo, a vice-president of Athletics Kenya, is alleged to have siphoned off funds from a sponsorship deal between the national association and the American sportswear giant.

It is the latest blow to a sport reeling from a series of scandals.

On Friday (November 13), the IAAF provisionally suspended Russia from all competition after a report from the World Anti-Doping Agency Independent Commission alleged the country had been involved in state-sponsored doping.

Okeyo was one of 22 people who voted to suspend the All-Russia Athletics Federation.

Former IAAF President Lamine Diack, his son Papa Massata Diack, legal adviser Habib Cisse and the former IAAF anti- doping chief Gabriel Dolle are all being investigated by French police over allegations they were complicit in covering up Russian doping, allegations they deny.

A statement issued by the IAAF on Okeyo read: "The IAAF was not aware of the investigation into Mr Okeyo in Kenya and the information has immediately been passed on to the independent IAAF Ethics Commission.

"As part of the root and branch governance reform project that [IAAF President] Sebastian Coe has announced, there will be new processes introduced to ensure all persons appointed to IAAF Commissions and advisory groups in the future have been duly vetted and declared as 'fit and proper persons' to hold office.

"Over 200 people were due to be appointed to new Commissions and advisory groups at the Council meeting at the end of this month but their appointment will now be delayed until the new procedures are in place."

The three Kenyans were questioned by police over the accusations of corruption and state prosecutors are considering whether to proceed with criminal prosecutions, Kenya's director of public prosecutions Keriako Tobiko told the Associated Press.

Okeyo said the three accused men had cooperated with investigations and declined to comment further.

Kinyua claimed the allegations were "old."

He added: "It's over and I don't understand why they are bringing it up now."

The Sunday Times reported a response from Nike, in which a spokesman for the firm said it had acted with "integrity" in its dealings with Athletics Kenya and that the "expectation and understanding" of the AK sponsorship deal was that the funds would be "used to support and service the teams and athletes".

The spokesman added that Nike was cooperating with the local authorities in their investigation.