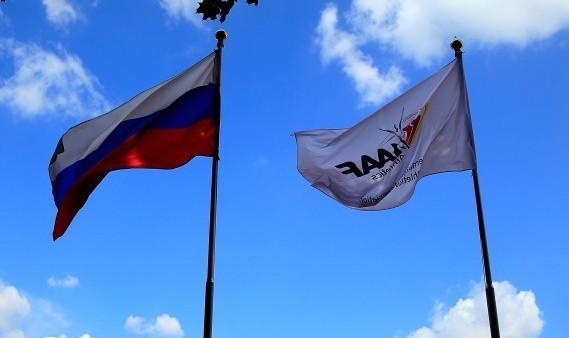 Russia is set to admit to some of the allegations made in the explosive World Anti-Doping Agency (WADA) Independent Commission report as they seek to avoid being banned by the International Association of Athletics Federations (IAAF).

The report, which was published on Monday (November 9), accused the country of widespread "state-supported" doping in athletics, as well as the destruction of positive drug test samples and corruption.

WADA subsequently recommenced the suspension of the All-Russia Athletics Federation (ARAF), with a meeting due to be held by the IAAF tomorrow to consider the dramatic proposal.

Vadim Zelichenok, the President of the ARAF, had previously said his organisation was not guilty of systemic violations and has called against any ban, but has today conceded that they would admit to some of the report's revelations.

He also stated some of the allegations, however, would be challenged - without going into any detail about particular points from the report.

"In our report for the IAAF, we agreed with some of WADA's positions," Zelichenok told TASS news agency.

"However, we explained that all these irregularities happened under the old leadership of the Russian Athletics Federation and took place some time ago."

When asked which allegations would be admitted to and which would be challenged, he said: ''It's not for the press.''

Zelichenok's comments come after Russia's Sports Minister Vitaly Mutko claimed today that the country would not boycott next summer's Olympics in Rio de Janeiro should its athletics team not be able to compete.

Any suspension handed out by the IAAF would cast severe doubts on Russian athletes attending Rio 2016, but Mutko appears to have ruled out competitors from other sports not attending.

Russian President Vladimir Putin has ordered a full investigation into the allegations.