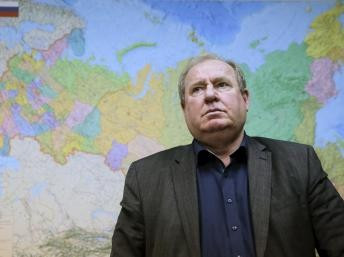 All-Russia Athletics Federation President Vadim Zelichenok today promised they would send their response to the allegations of corruption and doping cover-ups published in the World Anti-Doping Agency Independent Commission but insisted they were not guilty of "systemic violations" and should not be banned from the sport.

Zelichenok revealed they planned to send a dossier to the International Association of Athletics Federations (IAAF) later today but believed most of the claims in the WADA report published on Monday (November 9) were unfair.

The key recommendation of the report is that the IAAF should suspend the ARAF, which would leave their participation at next year's Olympic Games in Rio de Janeiro in jeopardy.

Zelichenok claimed they are not guilty of most of the things they have been accused of and are guilty of only "two-and-a-half [violations] at the most".

"There is no proof of systemic violations," he told Russian news agency TASS.

"One sees only slogans.

"We are to present an account in reply to the items that have a direct bearing on us.

"But there are just two such items, two-and-a-half at the most."

Zelichenok admitted they had problems with Viktor Chegin, the controversial Russian race walking coach fired in July 2014 after several of the athletes he worked with failed drugs.

"Yes, we do acknowledge the Saransk affair [the training centre where Chegin was based]," he said.

"Also, the report mentions a rather banal incident in which two athletes tried to get away from doping control officers.

"But such things happen everywhere."

The IAAF's ruling Council are due to hold a video conference on Friday (November 13) to decide what action to take against Russia.

Meanwhile, a meeting that Russian President Vladimir Putin had been due to attend today in Sochi with the heads of the country's Olympic sports Federations has been cancelled at the last minute.

Putin's spokesman Dmitry Peskov claimed heavy rain restricted flights in and out of Sochi, where the event had been due to take place.

Putin had been expected to appear alongside Sports Minister Vitaly Mutko at the meeting, which had been arranged before the publication of the WADA Independent Commission report.