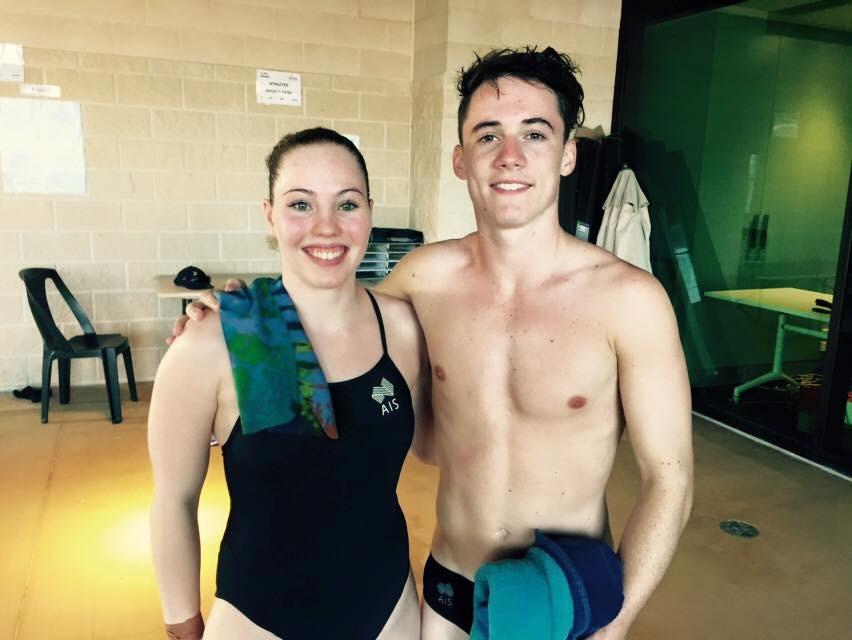 Melissa Wu, due to participate in the competition alongside partner Domonic Bedggood, had to withdraw due to injury, forcing Tarvit and Jeffree, who had never competed together before, to team up and take their place.

In a dramatic finish, they sealed a surprise win on the last dive, finishing with an overall total of 274.32 points to pip Malaysia's Yiwei Chew and Jun Hoong, who ended with 271.86, to victory.

“We had no preparation, just threw some dives together in warm-up and tried to do the best we could with limited preparation," Tarvit said.

“I didn't have any idea where we were sitting in the ranking.”

The surprises kept on coming on the penultimate day of action as Olympic champion Matthew Mitcham of Australia could finish only fourth in the men’s 3m springboard event.

Mitcham, competing in his first international event for over a year, had looked in good form in the semi-final but was unable to replicate that display when it mattered.

Bowen’s triumph was one of three Chinese divers to clinch gold today as 14-year-old Ji Siyu topped the podium in the women’s 10m platform thanks to a total score of 368.05 across her five dives.

Ji also claimed gold alongside team-mate Yaying Ding as the Chinese duo proved too strong for the rest of the field in the women’s 10m synchro platform competition, finishing with a commanding score of 330.84.

Malaysian pair Pandelela Rinong and Cheong were second on 312.72, with Americans Emily Meaney and Annarose Keating securing the bronze medal.

The other available title went to Germany's Stephan Feck and Patrick Hausding, who reigned supreme in the men’s 3m synchro springboard event, ousting Michael Hixon and Darian Schmidt of the United States with a score of 396.12.

Mitcham did finish with a medal as he earned bronze along with Grant Nel.

The event in Gold Coast is due to continue tomorrow with another five gold medals on offer.