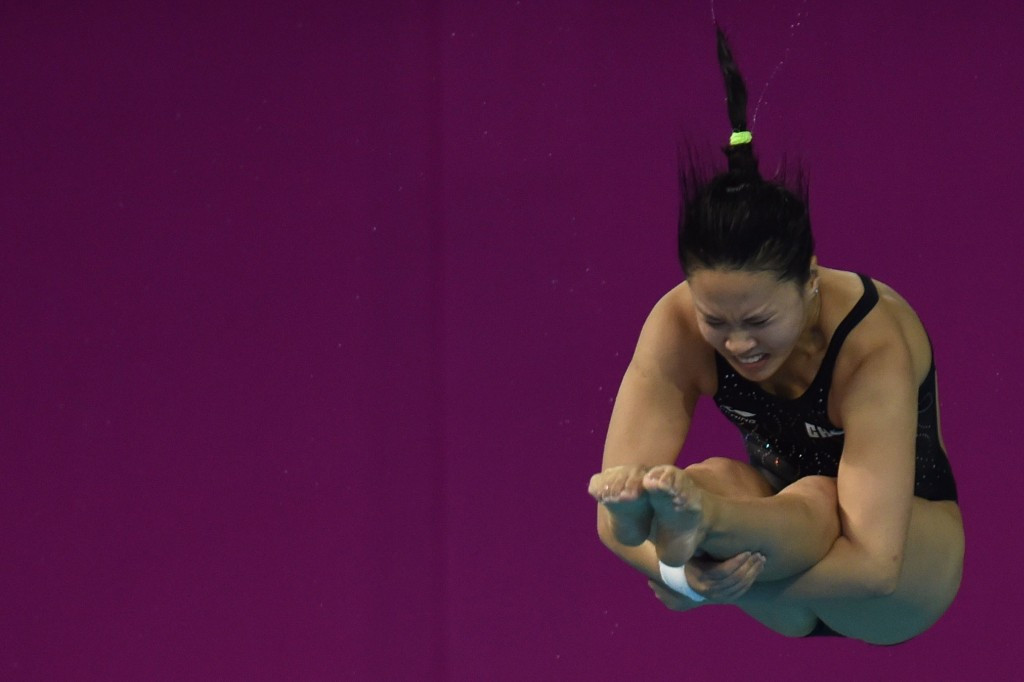 China’s Han Wang produced an impressive performance to keep her pursuit of a first International Swimming Federation (FINA) Diving Grand Prix victory of the season alive as she posted the highest semi-final score in the women’s 3 metres springboard event in the Gold Coast.

Han, gold medallist at the recent FINA World Championships in Kazan in the 3m mixed synchro competition, finished with a total of 350.15 points to win the second semi-final ahead of Australia’s Esther Qin.

Qin, who hopes to defend her Commonwealth Games 3m springboard title when the event comes to Gold Coast in 2018, posted 342.35, with compatriot Maddison Keeney third on 331.05.

"I did quite well in the semi-finals, but during the preliminaries I didn’t do so well," Han, winner of the silver medal at the 2014 Asian Games in Incheon, said.

"For all the Chinese divers there are many competitions year round.

"There are also long training sessions, so we are a bit tired.

"But we need to adjust our conditions all the time to stay at a competitive level."

It proved to be a good day for the Chinese divers, despite strong competition from the hosts’ contingent as Lin Qu won the first semi-final with a score of 301.85 in front of Germany’s Nora Subschinski.

In the men’s competition, the China's dominance continued as Xiaohu Tai led the way in the men’s 10m platform, scoring 454.25 to win the event’s second semi-final.

That total included a superb 97.20 for his back 3½ somersault dive and helped him to a commanding total, which was comfortably ahead of Australian Nicholas Jeffree, who finished on 372.55.

Compatriot Zigan Huang looks to be the main threat to Tai securing his first Grand Prix success of the season as he scored 442.65 in the first semi-final, with Yiwei Chew of Malaysia also producing a good display to take third with 390.05.

"I’m quite happy with my performance today," 17-year-old Tai said.

"I haven’t been training so much during normal training.

"For all the divers it’s the same, you have to dive indoors and outdoors.

"It’s just about getting used to the conditions."