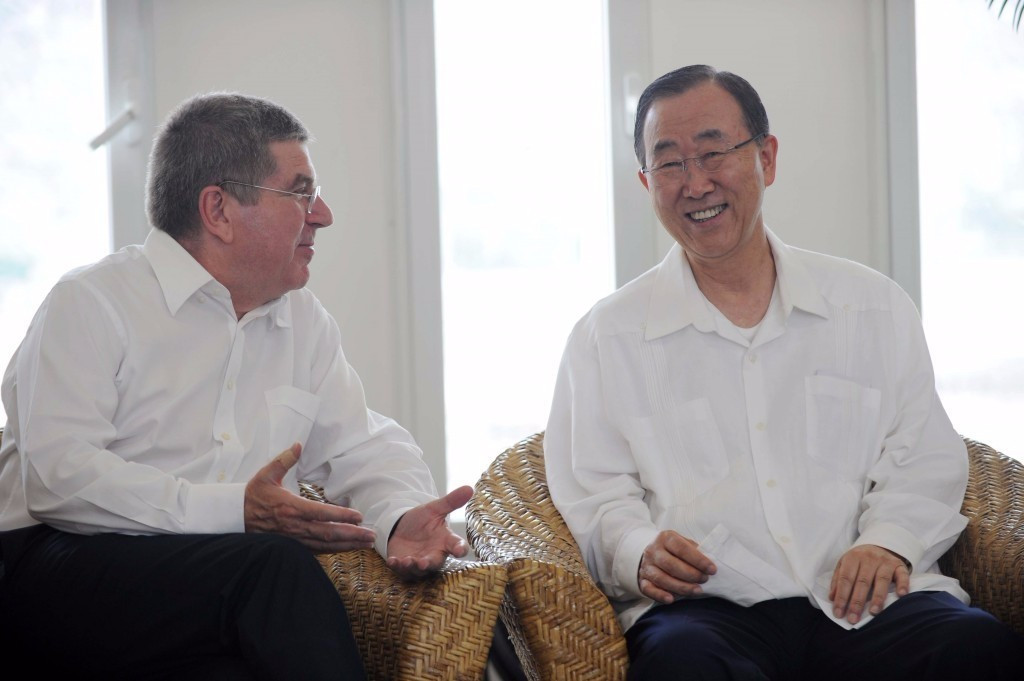 International Olympic Committee (IOC) President Thomas Bach has vowed to "work even harder to put sport at the centre of society" after the United Nations (UN) General Assembly adopted sport in its post-2015 Development Agenda in New York.

In what has been hailed as "a historic moment for sport and the Olympic Movement", sport is included in the UN's "final outcome document" as an “important enabler” of sustainable development for the goals, adopted by UN Member States with a commitment to implement them by 2030.

“Sport is also an important enabler of sustainable development," reads Paragraph 37 of the document entitled, “Transforming our World: The 2030 Agenda for Sustainable Development."

It adds: "We recognise the growing contribution of sport to the realisation of development and peace in its promotion of tolerance and respect and the contributions it makes to the empowerment of women and of young people, individuals and communities as well as to health, education and social inclusion objectives.”

In a letter sent to stakeholders throughout the Olympic Movement, IOC President Thomas Bach claimed how this shows “that with [the] Olympic Agenda 2020 [reform process] we are aligned with the United Nations post-2015 Development Agenda.

Inclusion of sport within the UN Agenda has been repeatedly trumpeted as a core aim for the organisation in recent months, with developing closer relations with the UN a key priority for Bach since he assumed the Presidency in 2013.

Bach has insisted that sport should not be separate from political affairs and how - while remaining politically neutral - it should play an active role on the world stage.

But this comes in the same week as the IOC was criticised for its "astonishing omission" of a specific human rights clause in its Host City Contract for the 2024 Olympics, and human rights groups are likely to be sceptical about the extent of the body's true commitment to realising themes such as social inclusion.

This follows much criticism of human rights policies of several nations bidding for or hosting major Olympic Movement events in recent years, including the Sochi 2014 Winter Olympics and Paralympics and Baku 2015 European Games, as well as in China ahead of the awarding of the 2022 Winter Games to Beijing in July.

Despite their pledge to remain politically neutral, the IOC have offered some concessions, however, including the introduction of a clause specifically prohibiting discrimination on the grounds of sexual orientation as well as requirements to allow the media to report freely on the Games and for the building of infrastructure for the event to comply with international labour standards.

But they have not gone far enough, groups claim, particularly given the context of their specific aim to play a wider political role.

Bach is due to address the UN Assembly during the meeting in New York, as well as hold bilateral meetings with many of the heads of State and Government present.