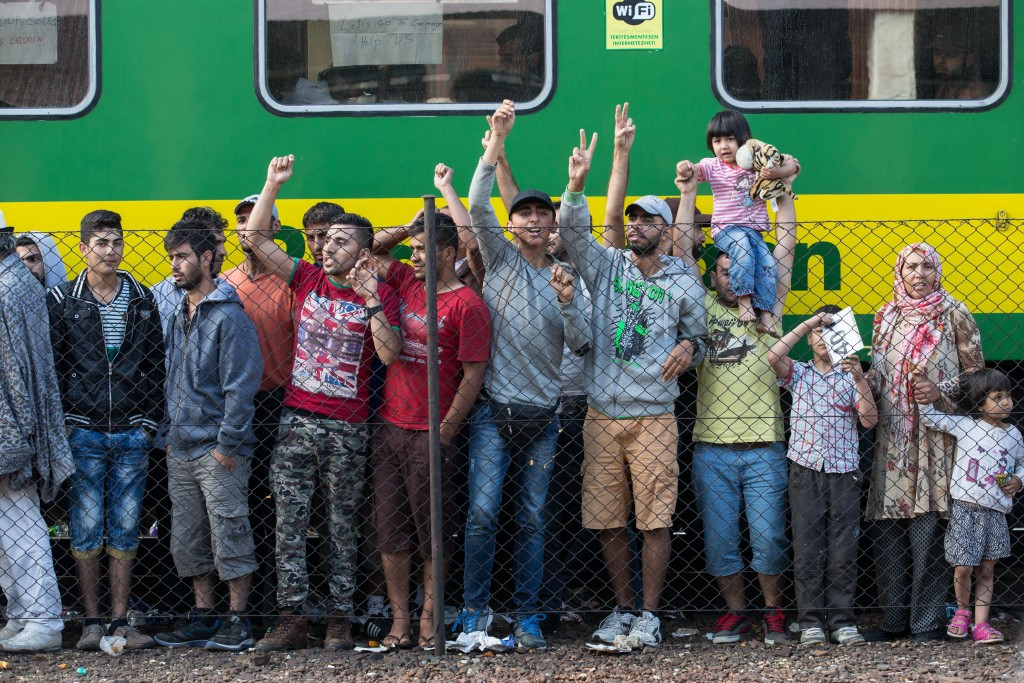 Thomas Bach, IOC President, said the decision to set up the fund was taken quickly in response to the growing crisis which has seen refugees attempt to reach Europe in search of safety.

The office of the United Nations High Commissioner for Refugees (UNHCR)  has revealed that more than 300,000 refugees and migrants have attempted to reach the continent so far this year by making dangerous sea crossings across the Mediterranean after leaving unstable areas in Africa and the Middle East.

More than 2,600 migrants and refugees have believed to have died in making the crossings so far this year and Bach hopes the new fund will help those trying to deal with the growing crisis.

“We have all been touched by the terrible news and the heartbreaking stories in the past few days,” he said.

“With this terrible crisis unfolding across the Middle East, Africa and Europe, sport and the Olympic Movement wanted to play its part in bringing humanitarian help to the refugees.

“We made a quick decision that we needed to take action and to make this fund available immediately.

“Because of the nature of the crisis the assessment of projects and the distribution of funds will be carried out extremely quickly.

“We are able to work on the ground with our partners in the National Olympic Committees and the expert agencies to get help to where it is needed most urgently.”

National Olympic Committees and other interested parties have been asked to submit projects aimed at helping the refugees, with $1 million (£650,000//€1.8 million) having come directly from the IOC while the other half of the fund is from Olympic Solidarity.

The IOC have also stated they will continue to work with and be guided by the United Nations (UN), whom they signed a collaboration agreement with in April 2014, to contribute to efforts to aid refugees.

Additionally they are also hoping to utilise the expertise of the UNHCR, having worked alongside the agency for the past two decades to deliver sport programmes and donate equipment to refugees.

“We have a long term relationship with the United Nations and with the UNHCR and we draw on their help and expertise,” Bach said.

“We know through experience that sport can ease the plight of refugees, many of them young people and children, be they in the Middle East, Africa, Europe or in other parts of the world.

“Our thoughts are with the many refugees risking their lives and the lives of their families to escape danger.”

Earlier this year former IOC President Jacques Rogge, in his new role as Special Envoy for Youth Refugees and Sport, vowed to increase sporting opportunities for South Sudanese refugees in Ethiopia following a visit to the Gambella region.

Related stories
September 2015: David Owen: The migrant crisis gives sport a chance to show how serious it is about making the world a better place
May 2015: Rogge pledges to increase sporting opportunities for refugees in Ethiopia on UN Special Envoy visit
October 2014: Rogge completes first mission as UN Special Envoy with visit to Syrian refugee camp in Jordan
June 2014: IOC and United Nations to work more closely together after talks between Bach and Ban Ki-moon
April 2014: IOC and United Nations sign historic deal to strengthen ties and promote "peace through sport"