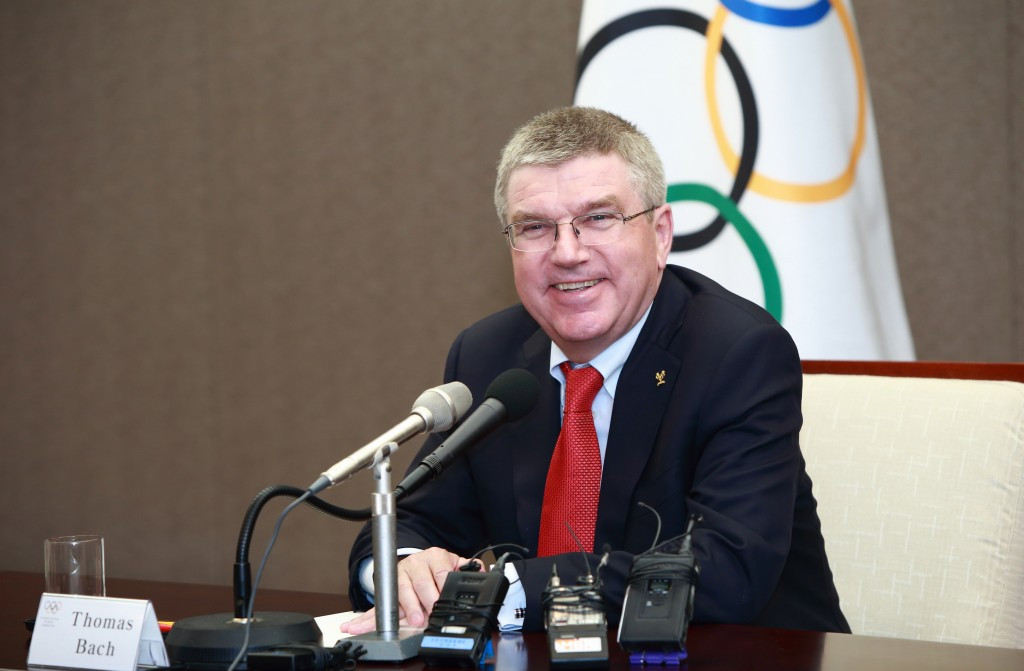 International Olympic Committee (IOC) President Thomas Bach is due to speak at the United Nations (UN) Sustainable Development Summit 2015 in New York on Saturday (September 26), a key-step in his highly-publicised aim of including sport as one of the UN's goals following the event.

Bach will speak alongside dozens of political leaders from across the world, with Pope Francis another high profile participant on what will mark his first United States tour.

This will follow the adoption of a post-2015 Development Agenda on Friday (September 25), with sport set to be mentioned as “an important enabler of sustainable development".

Bach will be joined by American ice hockey star and IOC member Angela Ruggiero, and is set to also meet many of the leaders on a bilateral basis in order to confirm the role of sport in society.

Utilising sport will be presented as a key way to achieve important targets related to peace, health and education.

“This is another acknowledgement of the important role of sport in society, one of the major issues of Olympic Agenda 2020, the strategic roadmap for the future of the Olympic Movement,” said Bach.

“It shows that with Olympic Agenda 2020 we are aligned with the United Nations post-2015 Development Agenda.

"It recognises the benefits of sport for all and its ability to empower women and young people.”

Throughout his two years in the role, Bach has been far more vocal than previous IOC leaders in insisting that sport should not be separate from political affairs and how – while remaining politically neutral – it should play an active role on the world stage.

Earlier this month, an emergency $2 million (£1.2 million/€1.7 million) fund was announced aimed at helping refugees as the crisis in Europe grew.

A sporting role in wider development was first included in the 2005 World Summit Declaration, the follow-up meeting to the UN’s 2000 Millennium Summit, and its importance has continued to be shown in a range of measures.

This included the appointment of Jacques Rogge, Bach's predecessor as IOC head, as Special Envoy on Youth Refugees and Sport in 2014.

Effort has increased under Bach and during his IOC Agenda 2020 reform process and, in April 2014, a Memorandum of Understanding was signed with the United Nations aimed at "strengthening collaboration between the two organisations at the highest level".

Bach has also addressed the UN while UN secretary general Ban Ki-moon spoke to open the 2014 IOC Session in Sochi.