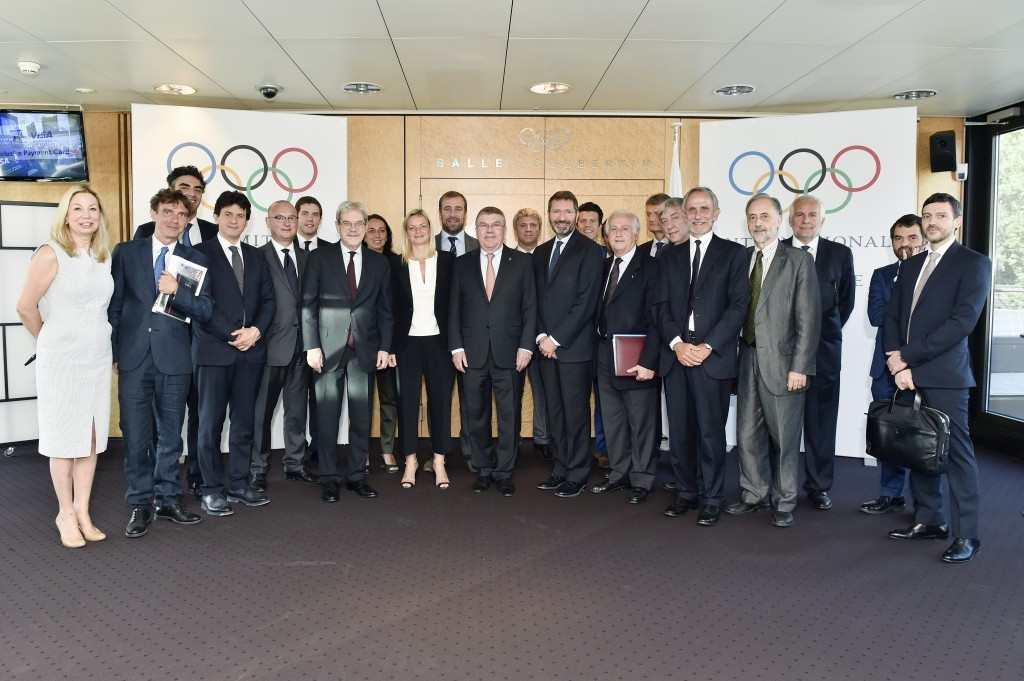 Italy's canoeing and handball federations have both signed up to back Rome's bid to host the 2024 Olympics and Paralympics.

Officials want to include all of the country's Olympic sports as part of their campaign and positive discussions had already been held with the Italian Cycling Federation (FCI) and the Italian Athletics Federation (FIDAL).

Now, the Italian Federation of Canoeing (FICK) and the Italian Handball Federation (FIGH) have also pledged full co-operation as Rome seeks to host the Games for the first time since 1960.

Both federations hope that hosting the Games in Rome can solve the shortage of venues the sports have in the Italian capital.

Rome officially entered the 2024 race after sending off its bid letter on Friday.

The city will be up against Los Angeles, Paris, Hamburg and Budapest.

Related stories
September 2015: Rome sends bid letter to officially become candidate for the 2024 Olympics and Paralympics
September 2015: Rome 2024 officials meet with Cycling Federation as part of efforts to include all sports in Olympic bid
July 2015: No “cathedrals in the desert” pledges Rome Mayor on latest Lausanne visit by a 2024 candidate
July 2015: Key Italian Government figure to accompany Rome 2024 in trip to Olympic capital
July 2015: Rome 2024 Olympic and Paralympics bid formally backed by CONI