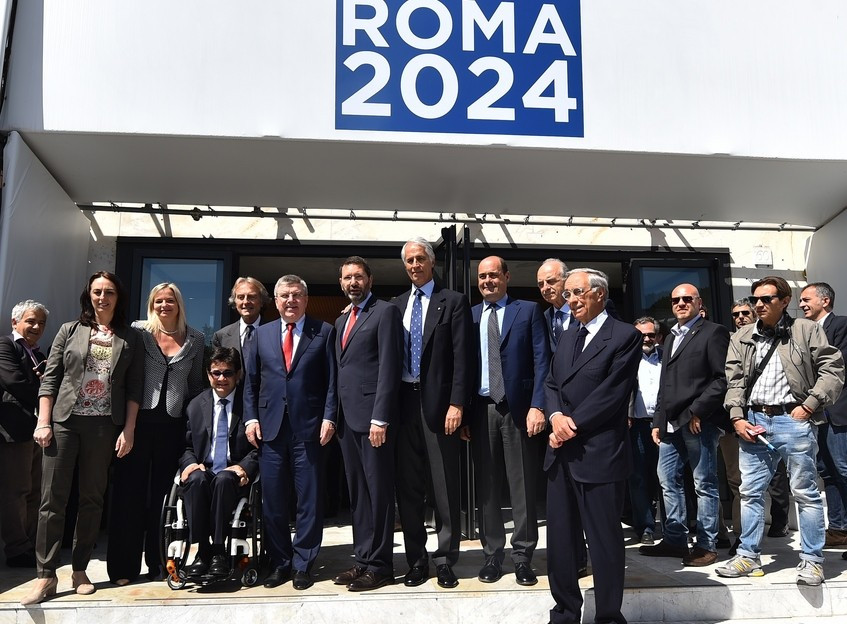 Rome Mayor Ignazio Marino today vowed not to build “cathedrals in the desert”, as a delegation from the Italian capital visited Lausanne to discuss its plans for the 2024 Olympics and Paralympics with the International Olympic Committee (IOC).

Accompanied by a 24-strong group, Marino said Rome’s blueprint for 2024 would utilise many facilities built six decades ago for the 1960 Games, hosted by the city.

“Sixty-four years separate Rome in 1960 and the city we want to present in the world in 2024,” Marino said.

“We are once again at a crossroads and our proposal will celebrate Rome’s special history and culture, but be both modern and innovative.

“We will not build cathedrals in the desert; we won’t allow a waste of money or work.

“We are not going to overbuild.

“We are going to develop what already exists.

“Rome is ready for these challenges - we want to use the Games to build a modern city.”

Among those accompanying Marino was Undersecretary of State Claudio de Vincenti, representing Prime Minister Matteo Renzi, whose presence was particularly significant given Rome’s dramatic withdrawal from the 2020 race, in a decision taken by Mario Monti, Renzi’s last predecessor but one, on Valentine’s Day 2012.

De Vincenti pledged full Government support for “all of the activities of the Rome 2024 Committee”, while stressing the country’s unity behind the Rome bid.

“The Italian people and citizens share the same commitment and the vision of an edition of the Olympic Games that can embrace the entire country, spreading and sharing the Olympic values from Rome to Milan, Venice, Genoa, Florence, Naples, Palermo and all the other cities,” De Vincenti said.

“The 2024 Olympics would be the Games of Italy hosted by its capital.”

IOC President Thomas Bach – who had been critical of the abandonment of Rome’s 2020 bid prior to his elevation to the IOC’s highest office – was reported by ANSA, the Italian news agency, to have said today that he was “impressed” by how the city of Rome had taken the 2024 bid “to heart”.

“We are committed to a unique Festival of Sport that can encapsulate the best of the Olympics, of Italy and of Rome: from art to innovation, cultural heritage to education, sporting excellence to beauty and the Italian lifestyle,” Bugno said.

“As with the 1960 Games, which transformed Rome and the Olympic Movement, we are looking to launch short- and medium-term initiatives which will leave a legacy for the city, even in the next two years.”

Today’s visit formed part of the IOC’s new invitation phase, introduced under Bach’s Agenda 2020 initiative, which is designed to allow cities to set out their vision for the Games while absorbing information about the IOC’s goals and expectations.

Rome is currently up against Boston, Budapest, Hamburg and Paris in what is shaping up to be a suitably testing contest for the biggest prize in world sport.

The winner is due to be chosen by IOC members at the 2017 IOC Session in the Peruvian capital of Lima.