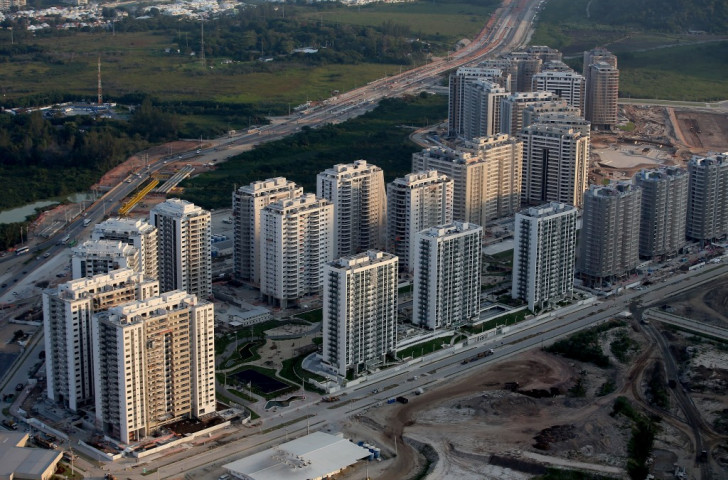 A group of 11 workers on the Ilha Pura residential complex for the 2016 Olympic Games, which will house athletes at the event in Rio de Janeiro, have been reportedly living in squalid conditions with a Brazilian prosecutor liking them to "slavery".

They have been housed by their company Brasil Global Serviços, who are subcontracting on the site in conditions littered with various insects, which has forced some members of the workforce to sleep outside.

The development came as a result of a sting operation by Rio Labour Court and Brazil's Labour Ministry.

A worker on the construction site claims that he lives with more than 30 other people in a single house located in Beira Rio, one of the many favelas in Rio.

Prosecutors also say that a high proportion of the workers had come from a poor area of Brazil and were promised by Brasil Global Serviços that their room and food would be paid for.

"There were cockroaches, rats and sewage in the residences," prosecutor Valeria Correa said in a statement.

"Many slept outside given all the filth.

"Considering the degrading conditions and a unilateral change to the contract, when the company stopped paying rent, there are elements here characterising working conditions analogous to slavery."

Rio de Janeiro's Extra newspaper reports that the company, one of the largest of its kind in Brazil, denied that they made workers live in slave-like conditions.

An International Olympic Committee (IOC) spokesperson told insidethegames that they will be "writing to the Rio 2016 Organising Committee to find out all of the facts".

Located in the western Rio suburb of Barra da Tijuca, the complex will be turned into luxury housing following the conclusion of next year’s Olympics and Paralympics, the first Games to ever be held in South America.

The news comes less than a week after Rio staged its One Year to GO celebrations in the host city, and IOC officials lauded the "fantastic" progress made by Rio 2016 at the end of its latest inspection visit.

Preparations ahead of the Games had been dominated by criticisms ranging from pollution to transport projects to Brazil's wider political and economic problems.