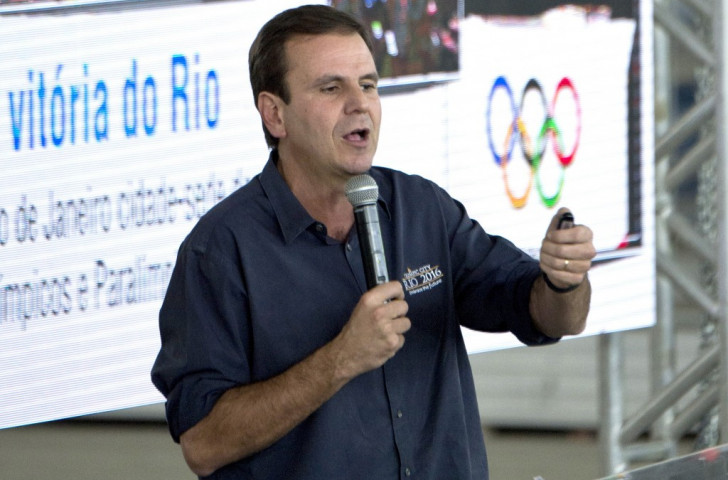 Rio Mayor Eduardo Paes has stoutly defended the philosophy of Rio 2016 here this morning at the start of a day of celebrations marking exactly one-year-to-go until the Opening Ceremony of the Olympic Games.

Addressing particularly the foreign media present, Paes, who became Mayor in 2009 shortly before Rio de Janeiro was awarded the Olympics and Paralympics, insisted that his city should not be compared with other recent hosts and should be judged only on its own merits.

"Rio did not win because it had the best inforastructure," he admitted.

"It had bad conditions. bad public transportation, inequality, traffic jams, landslides and all the other problems cities in Brazil have.

"Tokyo, Chicago, London and others were all on another level of development, and you cannot compare them with Rio.

The level of development has still not - and will not - reach the levels of some European countries, he conceded, but claimed huge improvement has taken place over the last six years, with the Olympics the major catalyst for this growth.

"Because of the Olympics, I am doing what other Mayors failed to deliver," he said.

This includes new transportation lines massively cutting down journey times between the city centre and northern and western zones, as well as new facilities and projects and the development of impoverished parts of the city.

Highlighting parts of the city which were less known internationally, such as the northern Deodoro region, was another major legacy, another "intangible" one relates to getting projects done within a time limit, Paes claimed.

This is something alien to Latin American culture, Paes admitted, before insisting how, through the Games, they want to show that Brazil is "capable of making things happen on time, and on budget".

He provided a detailed run-down of venue progress, claiming they will be finished later this year or in the first quarter of next and that the golf course, seen as a major challenge, is now 98 per cent completed and requiring only sunlight for the grass to mature.

Paes was speaking alongside Rio 2016 President Carlos Nuzman but not Thomas Bach, the International Olympic Committee (IOC) head who arrived here yesterday and had been expected to attend this morning.

The Mayor defended the absence of Bach on the grounds he was tired after his long journey from the IOC Session in Kuala Lumpur.

Paes, however, praised the IOC in comparison with FIFA, claiming they are interested in wider legacy projects, as well as direct organisational factors.

As expected, pollution concerns on Guanabara Bay was a major subject of questions.

Unlike other officials in recent weeks, Paes did admit that legecy objectives associated with cleaning the Bay had not been met.

He insisted it would be safe for those competing, outlining the success of last year's test event, as well as other competitions held there in the past.

Paes then travelled around the venues, meeting with staff and contruction workers and engaging in a handball demonstration here in the Olympic Park.

It comes ahead of a special one-year-to-go celebration event this evening due to be attended by Bach and Brazilian President Dilma Rousseff.