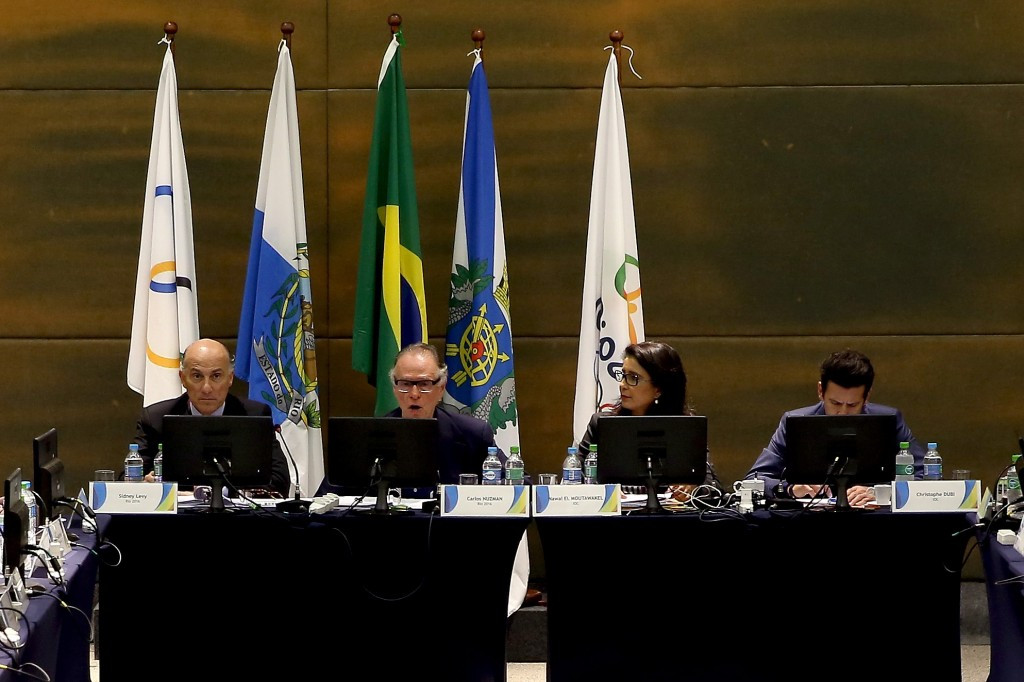 There can be no slowing the pace of preparations with less than a year to go until the start of Rio 2016, the chair of the International Olympic Committee’s (IOC) Coordination Commission, Nawal El Moutawakel, warned at the start of the penultimate inspection visit here today.

Her cautionary words came at the end of a positive appraisal of progress, during which Moroccan expressed confidence that the “best is yet to come” before declaring open three days of inspections and site visits.

El Moutawakel, the Los Angeles 1984 Olympic 400 metres hurdles champion,  who is also an IOC vice-president, began by praising last week's One Year To Go celebrations before hailing how organisers are in a "good position" regarding their marketing objectives,

Speaking alongside Rio 2016 President and chief executive Carlos Nuzman and Sidney Levy respectively, as well as Rio Mayor Eduardo Paes, the IOC Executive Director for the Olympic Games Christophe Dubi and a somewhat depleted Coordination Commission, she then spoke about the success of recent test events in volleyball, triathlon, rowing and equestrian.

"You are delivering the facilities in time for the test events, these facilities will be a great legacy for future generations," she said.

In typically glowing fashion in front of press and photographers before the doors were closed, El Moutawakel also spoke of the strong interest in the ticketing programme and Torch Relay plans, as well as progress regarding the construction of venues.

El Moutawakel, here for the last week since arriving from the 128th IOC Session in Kuala Lumpur, did warn "key priorities" remain, due to discussed today.

This includes venues, the handover of venues, city transport and an infrastructure update, insidethegames has been told.

Following the opening remarks, discussions are taking place today with representatives from all three levels of Government - City, State and National - as well as the Brazil Olympic Committee.

The Coordination Commission members are scheduled to then depart for site visits at the main Olympic cluster in Barra de Tijuca.

Six members of the Commission are not present for the meeting, an unusually high number,

This includes Russia's Alexander Popov and Uruguay's International Swimming Federation and Pan American Sports Organization President Julio Maglione, who have been at the World Aquatics Championships which closed in Kazan yesterday.

Ukraine's Sergey Bubka is also missing as he prioritises the campaign trail ahead of next week's International Association of Athletics Federations Congress in Beijing, where he is one of two candidates, along with Britain's Sebastian Coe, to replace Lamine Diack as President.

For those that are here, another full day of meetings will follow tomorrow before the inspection visit is due to conclude on Wednesday (August 12).