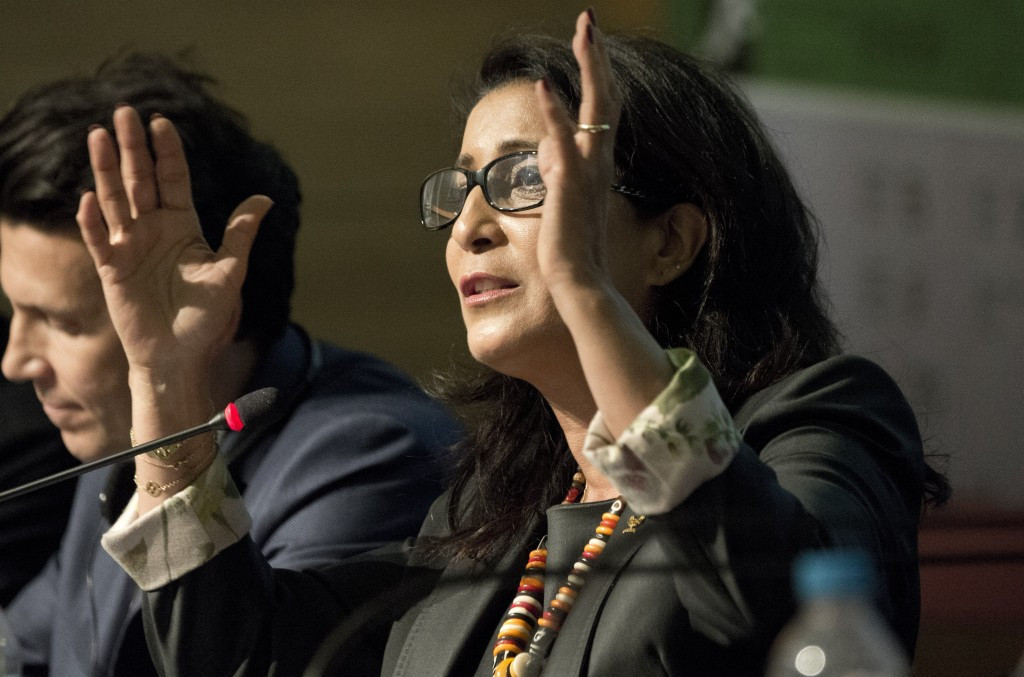 International Olympic Committee (IOC) officials lauded the "fantastic" progress made by Rio 2016 here today at the end of its latest inspection visit, fighting back against a barrage of criticism on issues ranging from pollution to transport projects to Brazil's wider political and economic problems.

In a somewhat strained atmosphere in which the joviality and optimism of the officials contrasted harshly with the ferocity of the questions, IOC Coordination Commission chair Nawal El Moutawakel was keen to point out just how much improvement has taken place and, despite fine tuning, how organisers are now on course with less than a year to go.

"I can tell you, personally, I was very proud and very happy to see the high level to see the readiness and preparation of the test events," she said, in an impassioned, if somewhat unrelated, response to a question on pollution concerns.

"Seeing and working with Rio 2016 for six years, I could not believe we are almost at the end.

"To see all those promises come alive from scratch, I think it was fantastic."

After returning to the matter at hand, the Moroccan, a 400m hurdles Olympic champion at Los Angeles 1984, vowed to jump into the much-maligned waters of the Marina da Glória sailing venue on Guanabara Bay to prove the Bay is fit for competition, urging her IOC and Rio 2016 colleagues as well as the rest of the room to join her.

Fifteen members of the United States rowing team being taken ill after last week's test event on the Lagoa Rodrigo de Freitas was unrelated to water pollution, she insisted, because coaches who did not go in the water were also sick while one athlete who capsized and swallowed water was not.

"We have to rely on the declarations of USRowing who said there was no evidence it was connected to the water and the International Federation said if they compared the number of athletes being sick, it was a normal situation with other events," added Christophe Dubi, the IOC executive director for the Olympic Games who was speaking alongside her.

Dubi said they will continue taking bacterial tests on Guanabara Bay in coordination with the World Health Organisation, despite calls for viral ones to also take place, and they will focus on making the venue safe for athletes to compete during the Games.

"We will have competitions with the greatest athletes, and the very best setting you have ever seen for an Olympic sailing competition," he predicted.

It does bear noting how the focus on pollution reveals good progress elsewhere, with there tellingly being no questions regarding the construction of venues, the major area of concern this time last year.

But El Moutawakel's claim "there will be Rio before the Games, and Rio and Brazil after the Games", was challenged given the enduring problems of poverty and inequality endemic across the city.

This was exacerbated this week following comments from Carlos Carvalho, sole shareholder of Carvalho Hosken, the company who have a contract of almost $1 billion (£650 million/€900 million) to redevelop the Athletes' Village and Barra de Tijuca Olympic Park.

In contrast to London 2012's plan to convert the Village into new housing for a rejunvenated eastern part of London, he is proposing that rooms in the Village be converted only into expensive apartments, part of a plan for an elite "new Rio de Janeiro" in which the poor are confined to other parts of the city.

But Rio 2016 chairmain Carlos Nuzman criticised this amid a vow of how the Games will rejuvenate the impoverished Deodoro area to the north of Barra - the site for the second major venues hub - and give new opportunities to as many people as possible.

Nuzman also denied reports that the subway line linking Barra with the centre of the city will not be completed in time, something that, if true, would pose huge problems due to only a one-lane road currently existing to link the two.

Impacts from the ongoing political and economic problems causing Brazilians to take to the streets to protest the under-fire Government of Dilma Rousseff, were also downplayed, with officials insisting how support for the Games is now over 70 per cent.

There are no worries about funds and attention being diverted from the Games in order to combat these problems, Nuzman said.