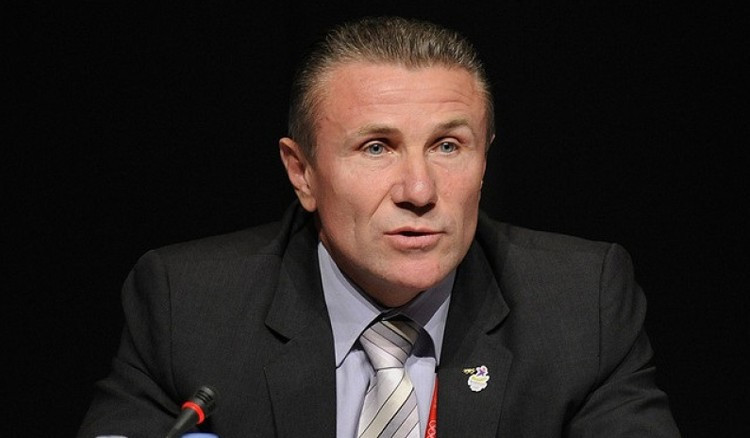 Sergey Bubka's campaign to be the next President of the International Association of Athletics Federations (IAAF) gathered momentum today as four countries publicly promised to vote for him in the elections in Beijing next week.

Sebastian Coe, his rival, however, also collected another endorsement as Ghana became the first African country to offer him their backing.

Paraguay, Peru, Singapore and Thailand all threw their support behind Bubka, Ukraine's 1988 Olympic pole vault champion, adding their names to Kazakhstan, who had said last week they would back him.

Bubka was always widely expected to earn the support of most of the 13 South American countries eligible to vote in the election in Beijing on August 19.

"We trust your notion of service and we want to collaborate in narrow form with you in the search of the construction of an athletics that reaches other levels in this new era, that it will assure that their specific necessities can be completed in a more effective way with the purpose of guaranteeing a prosperous and sustainable development," Oscar Fernandez, President of the Peruvian Athletics Sport Federation, wrote in a letter to Bubka obtained by insidethegames.

"As well you have exposed it is necessary to present measures to protect the integrity of the Athletics, to increase our revenues through patrons and radio stations and television, to strengthen our focus in the education and this way to take out the maximum profit of our sport to impel the positive social change.

"We hope to be able to be present in this setting in march of the athletics in the future that we wait you can lead and we are according of being able to give you our support in these elections so that you can occupy the Presidency of the IAAF."

Myrta Doldán, President of the Paraguayan Federation of athletics, also came out in support for Bubka.

"As President of the Paraguayan Federation of Athletics I will give my full support and wish him every success next week in Beijing," she said.

The backing for Bubka from the South American countries is no surprise but Coe will be disappointed at the decision of the Singapore Athletics to support him.

Singapore, as a Commonwealth country, would have been a prime target for the former London 2012 chairman.

"Both are pretty good candidates, and have developed excellent manifestos," Tang, who is himself running for the position of treasurer at the IAAF elections, told The Straits Times.

"Having read through both very thoroughly, SA will endorse Bubka as IAAF President,"

"This is a time when we are faced with serious challenges, and we believe Sergey has the commitment, diplomacy, and deep understanding of the sport to take it to new heights."

Tang revealed he had been impressed by Bubka when he addressed the nine Southeast Asian countries during a visit to Singapore last December, a month before he officially announced he would be standing for the IAAF Presidency.

"While he was here, there was no mention of votes," Tang said.

"It was a simple question-and-answer session.

"He also has tailor-made programmes, and we believe he has the qualities to actually implement them."

Thailand, another of those countries Bubka addressed, have also decided to support him.

In another boost for Bubka's campaign, the Monaco Athletics Federation revealed they have not promised Coe their vote, as had been claimed by Jonas Egilsson, President of the Athletic Association of Small States of Europe (AASSE).

Egilsson, who is also head of the Iceland Athletic Federation, had claimed the six countries who make up the AASSE would vote for Coe en bloc.

"No consultation was held within the AASSE regarding the choice of the future President of the IAAF, and this is not the purpose of this Association to host such consultations," Bernard Fautrier, vice-president of the Monaco Athletics Federation, told insidethegames.

"The Monaco Federation of Athletics will make, freely and independently, the choice of the President that it estimates will have the best position to lead the IAAF at the elections on August 19 during the Congress in Beijing."

Coe, however, remains the front-runner and favourite to succeed Lamine Diack, who is stepping down after 16 years, as IAAF President.

He travelled to Beijing today buoyed by the knowledge that he was guaranteed his first vote from Africa, a continent that is seen as a key battleground in the campaign.

"Our previous exchanges, particularly in the last couple of years, and even before he became a candidate, assure us that he understands the circumstances of smaller and less wealthy countries, and I have seen, first-hand, his attempt to provoke precisely the kind of support smaller countries and Federations like ours need to remain competitive on the global stage."

Dodoo also praised the position Coe has adopted on the drug controversy that the IAAF has found itself in since German broadcaster ARD and British newspaper the Sunday Times claimed they had failed to act on hundreds of suspicious blood samples.

"Seb's understanding of the challenges of our time, especially today, makes him best suited to help the IAAF forge ahead successfully; his position on doping - simultaneously strong in the defence of the IAAF, and forward in his thinking about how we must deal with this real menace of doping to protect clean athletes and ensure the scourge doesn't engulf or completely sink the sport - are spot on," said Dodoo.

"I support his vision of an independent body to superintend over anti-doping processes in athletics."