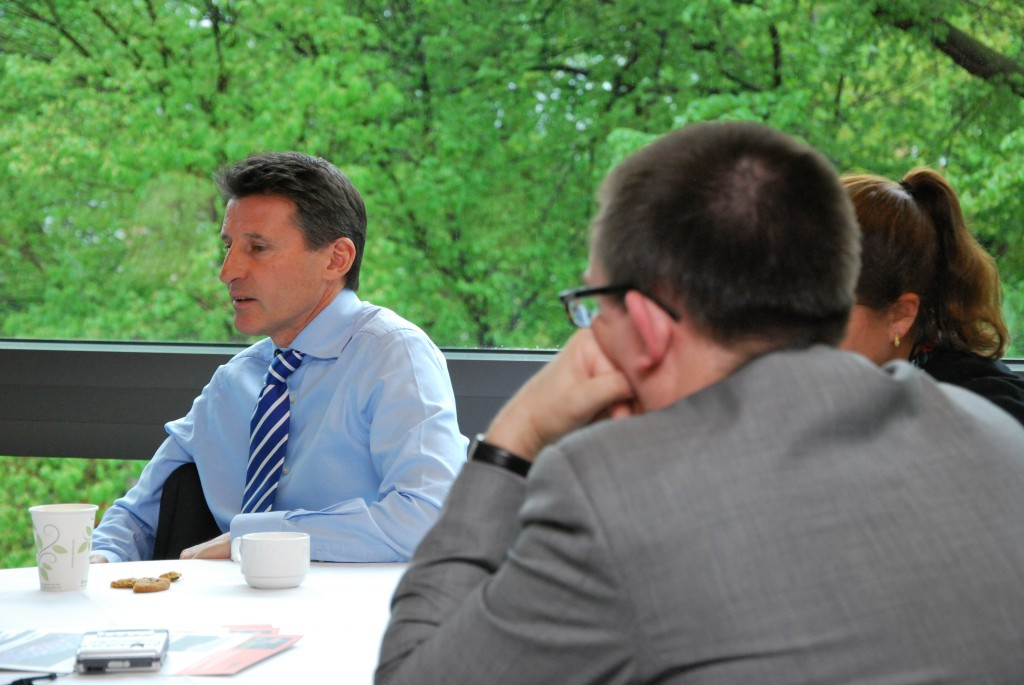 Sebastian Coe today insisted he stood by his claim that doping allegations levelled against athletics were "a declaration of war" as one of the experts at the centre of the controversy wrote an open letter to Britain's double Olympic 1500 metres gold medallist accusing the International Association of Athletics Federations (IAAF) of lacking the desire to clean up the sport.

Michael Ashenden was one of the two anti-doping experts enlisted by the Sunday Times who analysed leaked data belonging to the IAAF containing more than 12,000 blood tests from 5,000 athletes, and concluded hundreds of athletes had recorded suspicious results which were not followed up.

That drew an angry response from Coe, who labelled Ashenden and fellow scientist Robin Parisotto "so-called experts" even though Ashenden had previously done work on behalf of the IAAF.

In a open letter of more than 2,000 words to Coe on Wednesday, Ashenden wrote: "Does the IAAF pursue its anti-doping mandate with the same single-minded, all-consuming dedication that athletes adopt in their pursuit of winning?

"Based on what I saw in the leaked database, my view is 'No'."

Coe, who is standing to be the new President of the IAAF at its Congress in Beijing on August 19, continued to insist today, however, that he remain concerned at the perception that the world governing body was "sitting on its hands", allowing cheats to prosper.

The former chairman of London 2012 claimed that yesterday's announcement the IAAF had suspended 28 as-yet-unnamed athletes for alleged drugs offences at the 2005 and 2007 World Championships in Helsinki and Osaka respectively. demonstrated their commitment to anti-doping.

"I was angered by the portrayal of my sport," said Coe.

"I was dismayed to see the interpretation put on our motives, our judgements and our actions.

"There is nothing in the history of our sport in the last 15 or 20 years other than us being on the cutting edge of either trying to develop the science of weeding out the cheats or taking the actions appropriate to finding them.

"We had the presence of mind 10 years ago to begin storing samples so we could re-analyse them when the appropriate science was available.

"Why would we do that if we were not serious about dealing with doping?"

The leaked data published by the Sunday Times covered the period from 2001 to 2012.

Among countries who allegedly feature heavily in the data are athletes from Russia.

"Although you [Coe] deplore my participation in the revelations by the Sunday Times and [German broadcaster] ARD/WDR, I maintain that had I walked away from an opportunity to agitate for change then I would have betrayed every voiceless athlete who has been cheated out of podium glory since 2001," wrote Ashenden in his letter.

"It is clear from results in the database that serious problems emerged in Russia around 2005.

"Yet the IAAF chose not to join other sports, such as cycling, cross country skiing, biathlon and speed skating, who had adopted 'no start' rules in an attempt to stem the tide.

"It is true even those rules can be circumvented, but it is undeniable that they place something of a ceiling on competitor's blood values.

"I recognise that hindsight is 20/20, but in my view the IAAF could have done more when the spectre of widespread Russian doping first appeared."

The "no start" rule allows the use of data from biological passports to keep athletes with abnormal values out of competition for a certain period of time.

"How then will history view the performance of the IAAF anti-doping department, if it was aware in August 2008 that systematic doping might have penetrated Russian athletics?" Ashenden wrote.

Liliya Shobukhova, a past winner of the London Marathon and a three-time past winner of the Chicago Marathon, who has now been stripped of those titles for doping and being pursued legally by both races to return the prize money she won, was used as an example by Ashenden of how the IAAF could have done more to stop cheats.

"In a nutshell, two years after Shobukhova first won the Chicago marathon [in 2009] with highly abnormal blood results, she won a third Chicago marathon with even more extreme blood values," he wrote.

"The Sunday Times published an extensive expose on Shobukhova, who they reported was the top female marathon runner in the world during this period.

"My question to you is simple: Do you think the IAAF could have done better?"