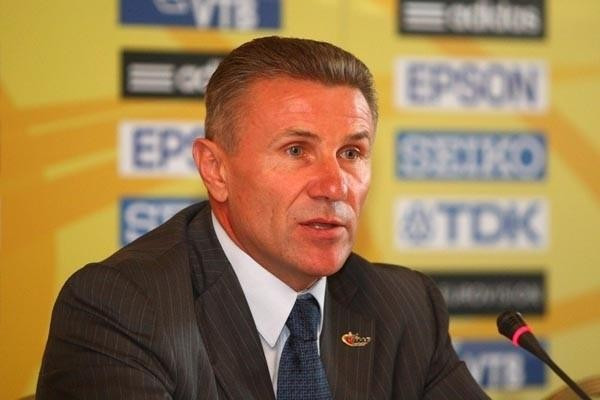 Sergey Bubka has picked up his first public nomination in his campaign to become the new President of the International Association of Athletics Federations (IAAF) after Kazakhstan promised to vote for him at the election later this month.

The Athletic Federation of the Republic of Kazakhstan revealed they will support the Ukrainian, the 1988 Olympic pole vault gold medallist, because they believe he will help them develop the sport in their region.

"Bubka’s story is a story about a man who grew up in difficult circumstances, and who has become a global star thanks to hard  work," Aleksey Kondrat, vice-president of the Kazakhstan Federation, told the country's official news agency Informbiro.

"He uses his popularity for the benefit of sport throughout the world.

"This year, the construction of the first synthetic track has begun in Mongolia thanks to his efforts.

"He made a lot to improve athletics infrastructure in Uzbekistan and Turkmenistan.

"He knows deeply our burning issues of the day; I think that if he wins the election, he will make every effort to help us."

Kazakhstan's decision to come out publicly and back Bubka follows the announcement by 21 countries over the past two weeks that they will support his only rival, Britain's double Olympic 1500 metres gold medallist Sebastian Coe.

The election to replace Senegal's Lamine Diack, who is stepping down after 16 years as IAAF President, is due to take place in Beijing on the eve of the World Championships on August 19.

Coe is widely seen as the favourite but Bubka, a member of the International Olympic Committee, has insisted that he has strong support around the world and is capable of winning the election.