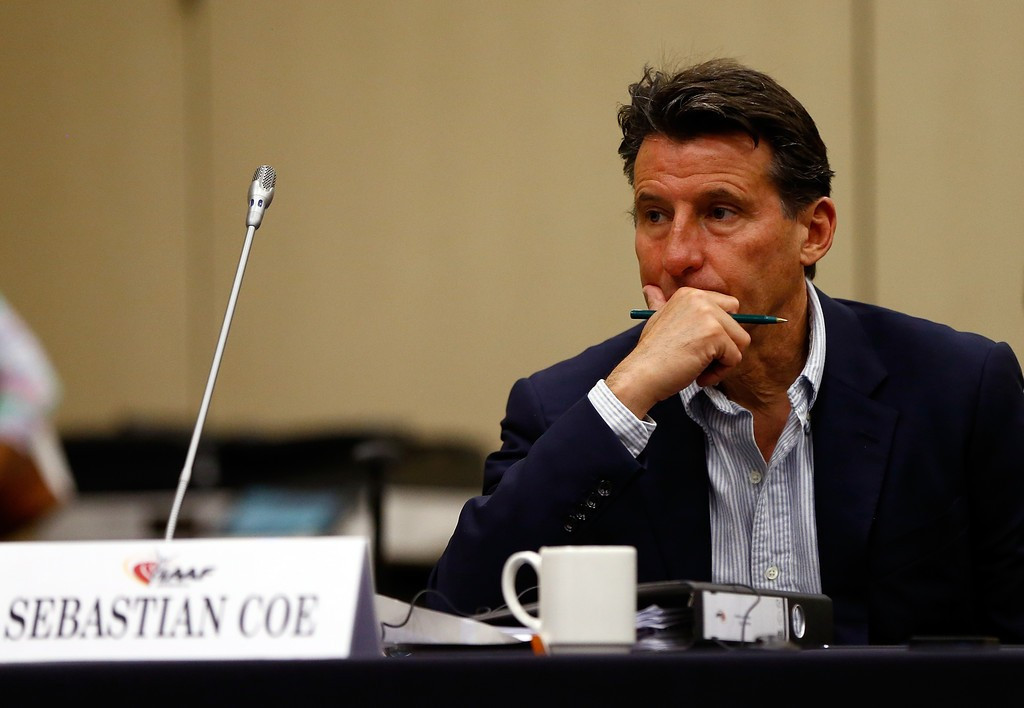 Sebastian Coe is heading towards becoming the next President of the International Association of Athletics Federations (IAAF) following an extraordinary day when 12 countries in Europe pledged to support the double Olympic 1500 metres gold medallist.

The Briton was promised backing of the Athletic Association Small States of Europe (AASSE), a group of countries who between them have nine votes, Estonia, Ireland and Italy.

Jonas Egilsson, President of the AASSE, revealed that the group which comprises Andorra, Cyprus, Iceland, Liechtenstein, Luxembourg, Malta, Monaco, Montenegro and San Marino had decided to back Britain's double Olympic gold medallist following his promise to give an Olympic Athletics Dividend of at least $100,000 (£64,000/€91,000) over four years to all 214 members of the IAAF.

Their promises of support were subsequently followed by pledges from Estonia, Ireland and Italy.

The announcements followed earlier pledges from Germany, Jamaica and New Zealand to back Coe in the election at the IAAF Congress in Beijing on August 19.

Athletics Ireland has promised to support Coe ahead of his only rival, Ukraine's former world pole vault record holder Sergey Bubka, because of the "outstanding job" he did as chairman of London 2012.

“Seb Coe has all the characteristics, experience and know-how the sport needs in a new leader and we are very happy to confirm in an open manner that we will be voting for him," Ciarán Ó Catháin, President of Athletics Ireland, said.

"He did an outstanding job as chairman of the London 2012 Olympic Games and has proven time and time again he has the morals, vision, leadership skills and passion to lead athletics into a successful future."

"Our support of Coe is based upon solid facts: overseeing London 2012, one of the most best moments in the history of our sport," said Alfio Giomi, President of FIDAL.

"If anyone has insight and judgment, to help lead the revival of our sport then it is Sebastian Coe."

Erich Teigamagi, President of the Estonian Athletics Federation, also publicly came out in support of Coe ahead of Bubka, who is currently here attending the 128th International Olympic Committee Session, due to start on Friday (July 31).

"We are supporting Sebastian Coe as a candidate, who can from our point of view 100 per cent to commit and lead our sport i the future," he said.

More Federations are expected to publicly back Coe's bid later this week.

“The Board of Athletics Ireland completely support my view on this, and having discussed this with many other Federations throughout Europe and the rest of the world, we are confident he will be elected President in four weeks’ time," said Ó Catháin.

“I have discussed his plans extensively with Seb and they mirror the vision of Athletics Ireland in trying to grow the popularity of the sport and bring athletics to new audiences."

Some consolation for Coe's rival, Ukraine's Sergey Bubka, was that Egilsson did promise to vote for him as vice-president.

"Sergey Bubka is an experienced administrator and servant of athletics and we will be voting for him to be vice-president to ensure that these two giants of athletics continue to serve our sport in the years ahead," Egilsson said.

Coe is widely seen as the favourite to succeed Senegal's Lamine Diack, who is stepping down after 16 years in the role.

Under the IAAF's one country, one vote system it means the backing of the AASSE and Ireland is just as important as getting the support of leading athletics powers like the United States and Russia.

Coe has already called for a greater focus on creating and supporting strong regional competitions to enhance Member Federation development and create new opportunities for athletes.

“It is especially important for smaller nations and their athletes to have more opportunities to compete at international events given that they are often not able to field large teams at the Olympic Games or IAAF World Championships," he said.

"By creating strong regional championships that cater for both major and developing athletics nations, you provide athletes with international level experience and a clear route map for top level competition outside of their own borders.

"This is a win-win for the athletes, their Member Federations and for growing interest in the sport in emerging nations.

“I very much endorse the recent news by European Athletics which is to provide support for a new competition to be organised by the Small States of Europe in the Olympic year, starting in 2016."