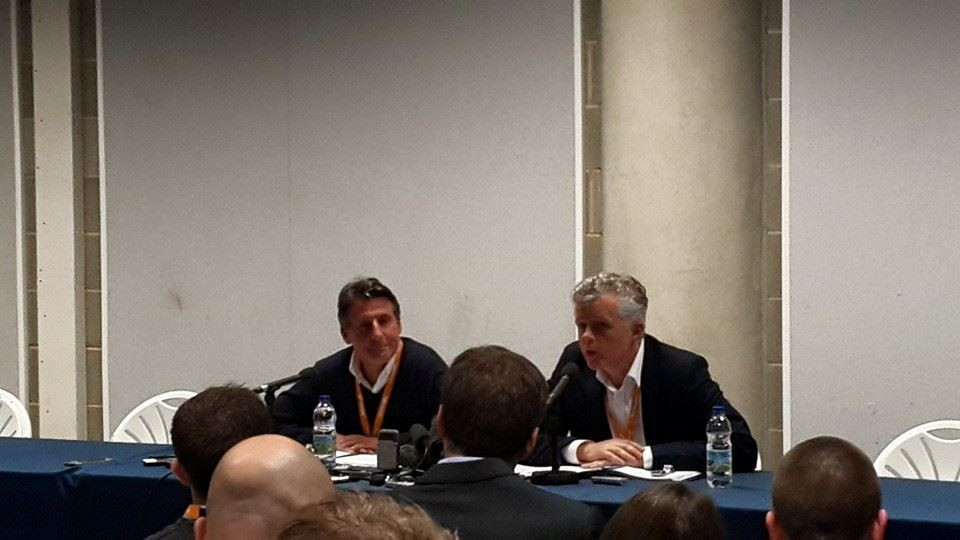 Sebastian Coe today promised to give an Olympic Athletics Dividend of at least $100,000 (£64,000/€91,000) over four years to all 214 members of the International Association of Athletics Federations (IAAF) if he is elected President next month.

The dividend, which would total around $22 million (£14 million/€20 million), would be funded through approximately half of the quadrennial fee received from the International Olympic Committee (IOC) and underpinned by a strategic review of existing IAAF structures and use of resources, Coe claimed.

The next grant would be available in early 2017 reflecting the contribution from athletics to Rio 2016, Coe promised.

It is claimed the dividend will not breach the reserves policy of the IAAF or harm the financial health of the organisation, which has seen reserves grow under the leadership of current President Lamine Diack to $76 million (£49 million/€69 million) at the end of 2013.

“I have worked closely with a leading firm of chartered accountants to act as a financial adviser in drawing up this proposal to ensure it is feasible and sustainable,” said Coe.

“I am confident it is both.

“I have also discussed the concept with IAAF colleagues and members of the athletics family and I’m encouraged by their support and grateful for their input which has helped shape this initiative.”

There will be a wide scope of projects the dividend could help fund, including construction, refurbishment and maintenance of facilities.

“Robust internal structures would oversee the distribution of the dividend to ensure that it is used for maximum effect and against set objectives and criteria agreed by the Member Federation,” added Coe.

“I want to see the IAAF work hand in hand with the Member Federations to support and identify opportunities that fit with their strategic priorities.

“Crucially, this dividend will also allow for Federations to plan over a longer term.”

Coe’s rival Sergey Bubka pledged earlier this month to become a full-time President of the IAAF if he is successful in next month’s election in Beijing.

The Ukrainian’s statement could be viewed as a swipe at Coe given his other commitment as executive chairman of CSM Sport & Entertainment, but asked about the amount of time he will devote to the role of IAAF President, Coe gave a defiant response.

“I would not be seeking election to the Presidency of the largest Olympic sport if I felt that I would be giving it anything other than my full attention,” he said.“I’ve been involved in track and field for very nearly half a century.

“I joined an athletics club when I was 11.

“I’ve written about it, I’ve broadcasted,  I’ve been to two Olympic Games, I’ve broken 11 world records. I’ve delivered with a team the most successful track and field event ever in this Stadium.

“I think I’m probably at the right point in my career to devote the next 10 productive years to wanting to make sure that my sport is a strong sport and when in 10 years’ time, to up to two terms, somebody else will then take it on, I want it to be stronger than it is today.”