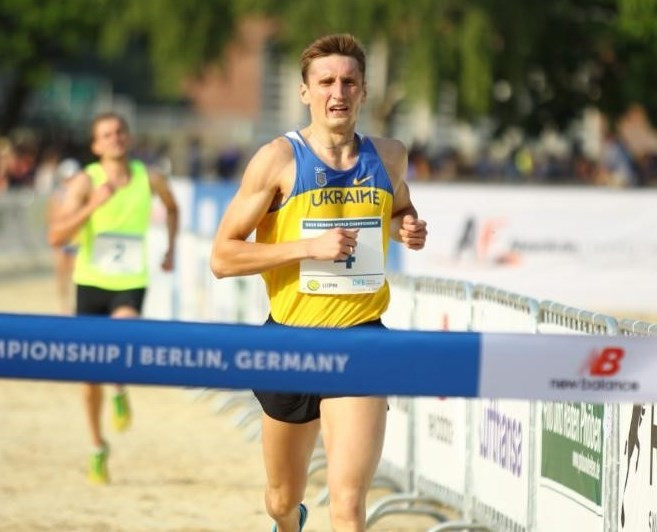 Ukraine’s Pavlo Tymoshchenko secured place at next year's Olympic Games in Rio de Janeiro by winning the International Modern Pentathlon Union (UIPM) World Championships in the sweltering heat of Berlin with an extraordinary performance in the final combined run/shoot.

With the temperature in the mid-30s, the 28-year-old from Kiev made up a 27-second deficit to overcome the challenge of Russia’s defending champion Aleksander Lesun, who finished second ahead of Tymoshchenko’s team-mate Andriy Fedechko.

Olympic qualifying places were on offer for the top three finishers in the Olympiapark – as they will be tomorrow in a women’s competition where Britain’s Samantha Murray will defend her title.

Rio 2016 seemed a very long way away to Tymoshchenko after the first two events, however.

His prospects slumped after the opening event of the 200 metres freestyle swimming, in which Logan Storie of the United States had set a world modern pentathlon record of 1min 53.08sec in the qualifying on Wednesday (July 1).

Tymoshchenko could only manage 32nd place in a time of 2:08.12 as the top two times of the day went to Egypt’s 2014 world silver medallist Amro El Geziry - who swam 01:56.50 but had to pull out of the competition before the concluding combined event after a disastrous showing in the equestrian event -  and Britain’s James Cooke, who clocked 1:57.86 but dropped to 22nd by the close.

The fencing competition was better for Tymoshchenko, but not auspicious, as he finished 10th in an event won by Lesun with 25 wins and only 10 losses.

The Ukrainian, whose only previous medal at these Championships was a bronze in the mixed relay two years ago, still needed something dramatic in the equestrian event – and he was able to turn his fortunes round with an outstanding ride over the obstacles, finishing second to Hungary’s Adam Marosi,

Fedechko finished fifth in the equestrian event, while Lesun could only manage 12th place.

The combined event was led off by China’s Han Jiahao, who had finished a place behind Tymoshchenko in the riding and held a six-second advantage over a pack led by Lesun.

Lesun moved into the overall lead after the first shoot, but was overtaken by Tymoshchenko on the final run-in after the second shoot.

Fedechko took the bronze with a total of 1,463 points, ahead of France’s Valentin Belaud with 1,454.

Tymoshchenko said that booking his passage to Rio 2016 felt "amazing" but admitted he thought he had blown his chance after the fencing.

"I didn't believe that I could do it," he said.

"After the fencing, I thought I had lost because I made too many mistakes.

"I didn't believe it was possible."

Despite being narrowly beaten, Lesun said he was delighted with his medal and that it was more important than last year's gold.

"Due to an injury I couldn't perform well and it was a difficult season for me," he said.

"But I'm happy to return to the podium - now I can start preparing for the most important competition in the calendar.

Fedechko commented:  "I didn't expect to win a medal, but I worked very hard and am very happy with the result."

Italy’s Riccardo De Luca, who had already secured his Rio 2016 place by winning the World Cup final the previous month, finished seventh with a total of 1,442.

Silver went to the team Russian of Lesun, Ilia Frolov and Egor Puchkarevskiy, while bronze was claimed by  Poland’s Jaroslaw Swiderski, Michal Gralewski and Szymon Staskiewicz.

“There was enormous heat, so what the athletes have shown in these conditions was unbelievable,” said Dr Klaus Schormann, President of the UIPM.