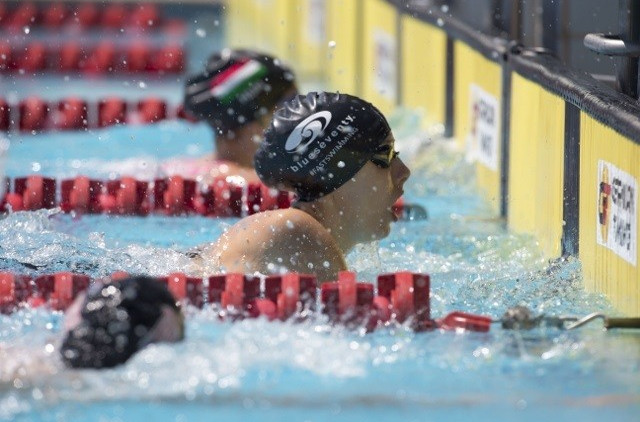 Britain's Samantha Murray's title defence got off to an ideal start as she qualified for the women's final at the International Modern Pentathlon Union (UIPM) World Championships in Berlin.

The Olympic bronze medallist produced a series of good displays in the qualifying event to top the standings at the end of the day.

Murray secured a second place in her semi-final in the the opening swimming discipline by finishing in 2min 10.26sec, with only Sarolta Kovacs producing a faster time in her semi-final, the Hungarian recording 2.09.55.

The 25-year-old Murray leapfrogged the Hungarian in the fencing discipline, winning 18 of her 26 bouts, and with no riding held in the qualification, held off her challengers in the combined run/shoot event to top the standings.

"Samantha went very well today, she had a good swim and a good fence as always, and her running and shooting was up there with the best," said Jan Bartu, performance director of Pentathlon GB.

"If she recovers well over the next 48 hours and is the right frame of mind for Saturday (July 4), she is definitely a contender for the title."

Murray's title defence is likely to under serious threat from Lithuania's Laura Asadauskaite, as the London 2012 Olympic champion also qualified from the field of 81 competitors.

Asaduskaite, recent winner of the UIPM World Cup Final in Minsk, finished in sixth and 15th in the opening two disciplines but improved in the combined event to seal her place.

France's Elodie Clouvel may also be a contender for the medals, having set the fastest time of the day in the swimming, clocking 2:08.11.

She then backed up her performance by winning her semi-finals fencing event by claiming 18 victories while suffering only eight defeats.

Chloe Esposito, who, with brother Max became the first confirmed Australian athletes at Rio 2016 following their performances at the Asia/Oceania qualifier, also booked her place in the 36-athlete final.