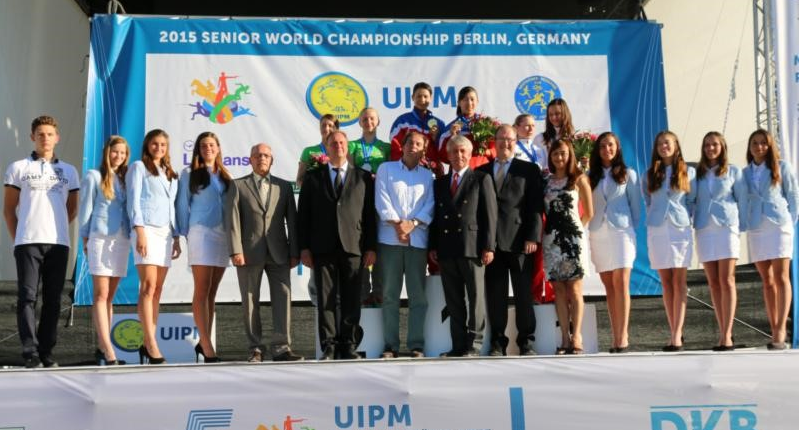 China’s Liang Wanxia and Chen Qian defended their women’s relay world title on the second day of the International Modern Pentathlon Union (UIPM) at the Olympic Park in Berlin.

The Chinese pair began the day indifferently in the German capital, with Japan’s Shimazu Rena and Tomonaga Natsumi leading the way after the swimming, the opening discipline, completing the 2x100 metres relay in 2min 03.62sec.

Rena and Natsumi dropped out of contention a disastrous performance in the fencing, in which they lost 21 bouts, with Italy’s Francesca Gandolfo and Camilla Lontano assuming the lead having finished second in both swim and fencing.

Their score of 564 points, however, was a precarious one, with Russia’s Svetlana Lebedeva and Ektarina Khuraskina lying just seven points behind in second position, while Wanxia and Qian were a point further back.

The Italians were able to hold onto their lead after the riding discipline but their finishing time of 13:01.56 in the final combined run/shoot event saw them drop down the standings to ninth.

It was the Chinese pair who were able to claim gold as they clocked 11:59.71 to move them to 1,418 points overall and retain their title.

“All teams made a very strong competition so we were surprised that we would get this result."

Lithuania’s Lina Batuleviciute and Ieva Serapinaite secured the silver medal, finishing nine points adrift of the Chinese pair, as their time of 11:58.05 in the combined event saw them record 1,410 points.

It proved just enough to edge out the fast-finishing Polish team of Aleksandra Skarzynska and Oktawia Nowacka, who, despite their time of 11:48.99, missed out on silver by just one point.

The third day of the seven-day World Championships tomorrow is due to see the men’s semi-finals take place.