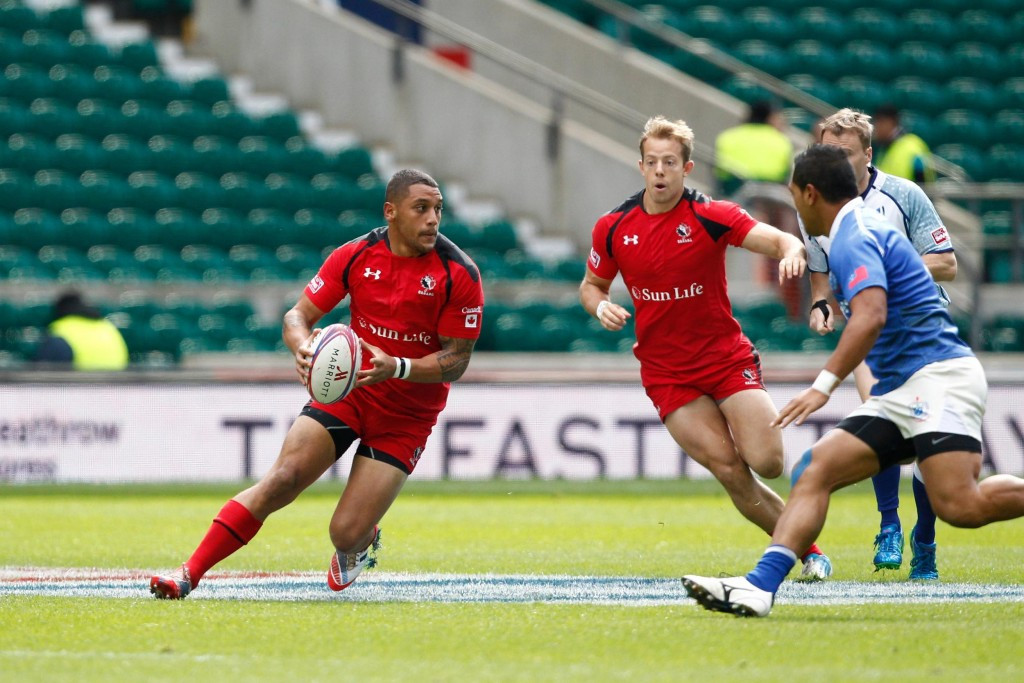 Toronto 2015 has announced the full competition schedule for the men's and women's rugby sevens tournaments at next month’s Pan American Games.

The men’s tournament sees eight teams separated into two pools, with hosts and defending champions Canada set to face Argentina, Brazil and Guyana in Pool B, while the United States will face competition from Chile, Mexico and Uruguay in Pool A.

Teams will be competing across two days as the pool matches will be held on July 11, before the quarter and semi-finals take place at Exhibition Stadium in CIBC Pan Am Park on July 12, with the bronze and gold medal matches closing the competition in the afternoon session.

Women’s rugby sevens, making is Pan American Games debut, will run alongside the men’s tournament but will see a six-team pool phase, with the hosts set to begin their campaign against Colombia.

Canada will be optimistic of success in the women’s competition as they are the top ranked team in the Americas, in addition to their world ranking of three, having been one of the strongest teams in this year’s edition of the World Rugby Sevens Series.

“Based on our men’s and women’s team’s recent successes in their respective World Series circuits, and our women qualifying for Rio 2016 by finishing second place, we’ve seen an incredible amount of growth and support for rugby sevens across Canada,” said Mike Chu, Rugby Canada general manager.

“A number of our best players, including men’s captain John Moonlight and Women’s Sevens Series scoring leader Ghislaine Landry, are from the Greater Toronto Area and are excited to compete on home soil in front of friends and family."

Argentina, Brazil, Mexico and the United States will also be competing and fans will be able to benefit from Toronto 2015 ticketing scheme, which enables anyone with a ticket for a session to watch all the teams in action, including the final session where men’s and women’s medals with be decided.

World Rugby chairman Bernard Lapasset claimed both tournaments will provide a perfect showcase for the sport, as it prepares to makes its Olympic debut at Rio 2016.

“The Toronto 2015 tournament will showcase some fantastic talent in rugby sevens, with several of the world’s top international teams competing, in both the men’s and women’s tournaments,” he said.

“This summer will be an exciting time for the sport.

“Fans across the world are excited to watch as the women make their debut at this tournament and of course it is all in the context of next year’s Olympic Games in Rio de Janeiro as rugby makes its long-awaited return to the world’s biggest sporting stage.”