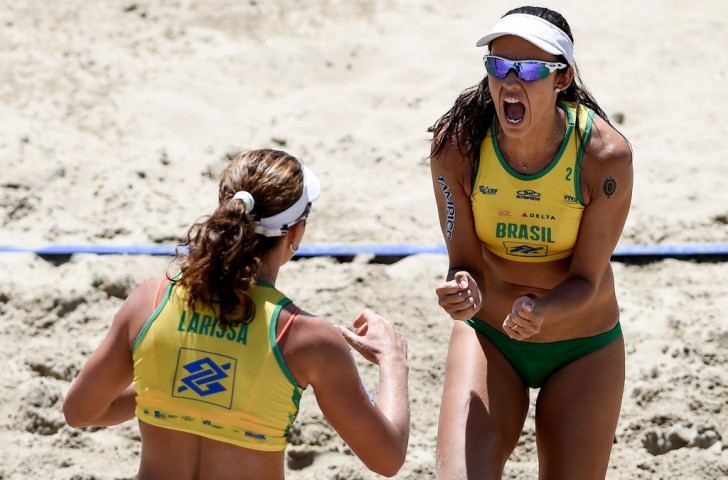 Defending women’s champions Brazil will face Nicaragua in the opening match of the beach volleyball event at the 2015 Pan American Games in Toronto.

Brazil are the big draw in the competition, which will see 16 men’s and women’s teams battle it out at the purpose-built Chevrolet Beach Volleyball Centre.

They head to Canada having won both titles at the last two Pan American Games.

Their men’s team are due open their defence with a clash against Aruba in the fourth match on court on the first day of competition on July 13.

The beach volleyball schedule, which has just been announced by Toronto 2015, sees Brazil and Aruba drawn in Group B, along with Mexico and 2011 men’s runners-up Venezuela.

Hosts Canada will face Uruguay, Guatemala and Nicaragua in Pool A.

In the women’s section, Brazil are drawn alongside Costa Rica, Chile and Nicaragua, while Olympic champions United States take on Colombia, Guatemala and El Salvador.

Toronto 2015 marked the release of the schedule by hosting a challenge event at Ashbridges Bay beach volleyball courts on the shores of Lake Ontario featuring among others, Canadian 1996 Olympic bronze medallist Mark Heese and 1999 Pan American gold medallists Conrad Leinemann and Jody Holden.

Canadian officials expect beach volleyball to be one of the hottest tickets at this summer’s Games.

Steve Anderson, Canada’s national coach, said: “It’s always good to see the schedule ahead of time, but major competitions bring out the best in all teams and we can’t underestimate anyone.

“Two things we can count on is that the atmosphere in Toronto this summer will be electric and the competition will be fierce.

“Our Canadian athletes are battling it out on the FIVB (International Volleyball Federation) World Tour right now to see who will represent Canada in the Pan Am Games and they will be in top form to give the home crowd plenty to cheer about.”

The Pan American group stages are scheduled to take place from July 13 through to July 16, with the knockout stages taking place the following three days.

The gold and bronze medal matches are due to be held on July 21.

These will be the first Games where every competing team is guaranteed to play five matches and all fixtures will be played on centre court.

Details of the full schedule for both the men’s and women’s beach volleyball tournament can be found here.