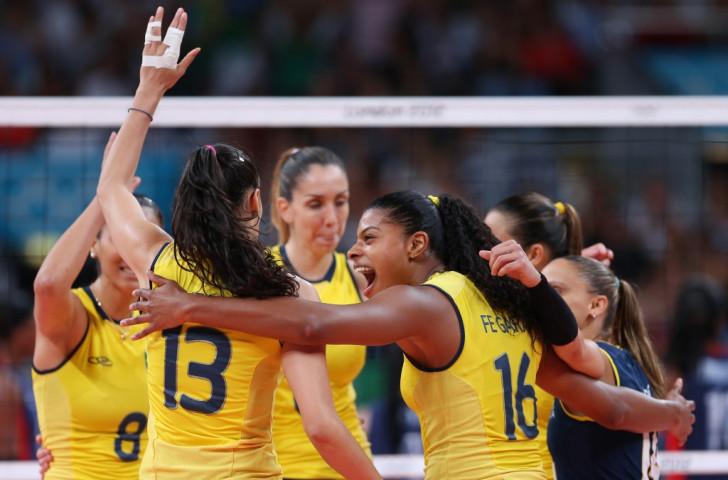 Reigning Olympic women’s indoor volleyball gold medallists Brazil will open their Toronto 2015 Pan American Games campaign against Puerto Rico after the the schedule was released for the event.

The world number two ranked side feature in a tricky Group B along with Olympic silver medallists the United States and will face outsiders Puerto Rico on July 16.

On the same day, the American side come up against Peru, while the other women’s group features hosts Canada, who are sure to be backed by a raucous home crowd at the Exhibition Centre when they play the Dominican Republic.

Elsewhere in Group A, Argentina entertain Cuba and the volleyball competitions at the event in Toronto are set to be one of the most enthralling as seven of the top 15 countries are due to compete.

The indoor volleyball tournaments are due to run from July 16 to 26, with finals taking place on the same day as the Closing Ceremony.

Defending Pan American champions Brazil get the men’s competition underway on July 17 when they come up against Colombia in Group A, before world number five side the United States clash with Puerto Rico.

Hosts Canada then come to the fore when they face Mexico, before a bumper opening day of action is rounded off with a mouthwatering clash between Argentina and 2011 Pan American silver medallists Cuba.

The format includes a round-robin stage where all teams will play each other, with the top side progressing directly to the semi-final.

Teams who finish second and third in each group will reach the quarter-finals, with the winners advancing to the last four and the losers playing off for fifth.

The announcement of the schedule came on the same day where tickets for the Pan American Games officially went back on sale following a brief hiatus to allow fans to purchase seats for the Parapan American Games, which take place from August 7 to 15.

“The excitement for the Toronto 2015 Games is building now that all tickets are on sale and schedules for many of the competitions have been released, including today’s volleyball schedule,” Toronto 2015 chief executive Saäd Rafi said.

“With the Games quickly approaching, Canadians are excited to be a part of this summer’s Toronto 2015 experience.”

Anyone who is interested in purchasing tickets for the Pan American Games, which run from July 10 to 26, can do so here.