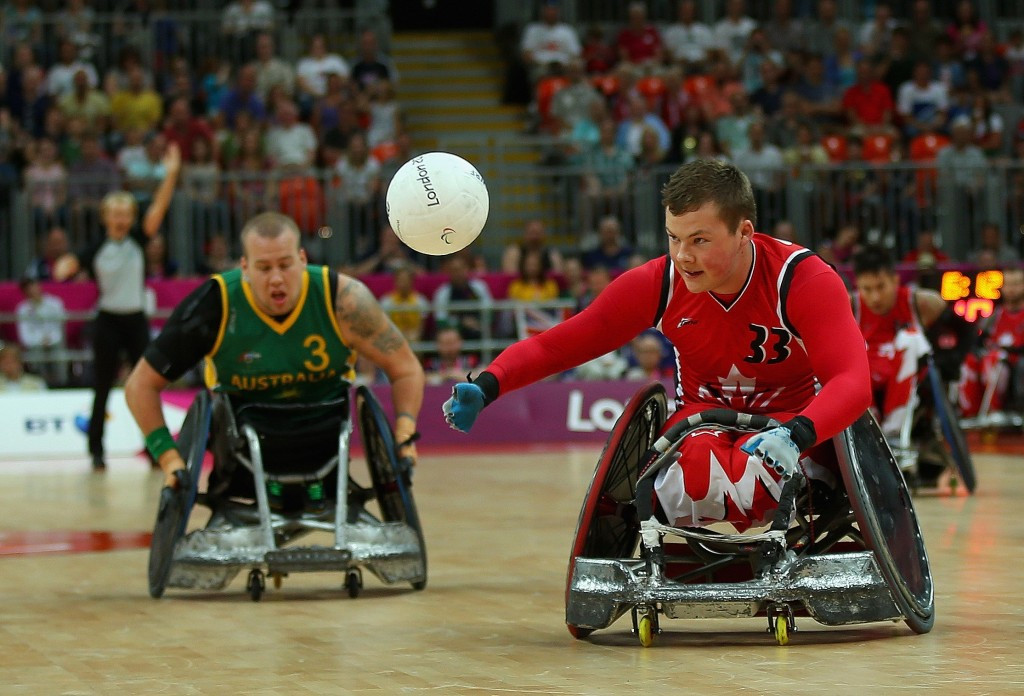 Toronto 2015 have marked 100 days until the Parapan Am Games by partnering with CBC/Radio Canada to announce their broadcast schedule for the Games.

Eight Team Canada hopefuls and CBC host Scott Russell took part in a wheelchair rugby demonstration to showcase the sport ahead of its Parapan Am Games debut, with the event supported by the Canadian Paralympic Committee (CPC) and the Canadian Wheelchair Sports Association, who govern the sport in the North American nation.

“In 100 days, our partnership with CBC/Radio-Canada will allow more people than ever before, from across the country, to witness the amazing efforts of our Parapan athletes.”

The milestone also saw Toronto 2015 unveil the competition schedules for wheelchair basketball and wheelchair rugby to give fans information prior to buying tickets for the Games.

Six teams are set to take part in the wheelchair rugby tournament, including hosts and London 2012 Paralympic silver medallists Canada, who face competition to advance from the round robin phase from Argentina, Brazil, Chile, Colombia and United States.

Both wheelchair basketball competitions comprise of eight teams split in two groups, with Canada’s women drawn in Group A alongside Brazil, Guatemala and Mexico, while Argentina, El Salvador, Peru and United States form Group B.

Canada, as reigning Paralympic champions, will begin the men’s competition as one of the favourites and will hope to top Group B ahead of Argentina, Mexico and Venezuela, while Paralympic bronze medallists United States face Brazil, Colombia and Puerto Rico in Group A.

“We want to win the Parapan Am Games in our country, but there’s the added motivation of gaining a berth to the 2016 Paralympics in Rio,” said David Eng, Canada’s captain at the London 2012 Paralympics.

“There’s tough competition in the Americas, so matchups with Colombia, the US, Mexico and Brazil will be extremely exciting and intense.”