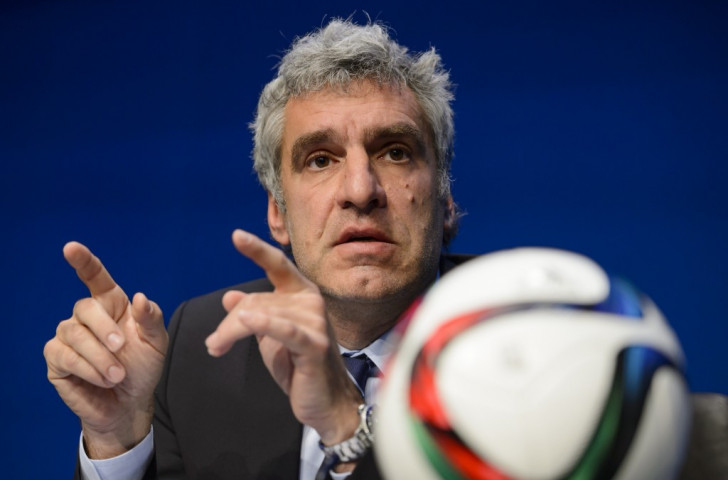 The 2018 and 2022 FIFA World Cups will go ahead in Russia and Qatar as planned and will not be affected by this morning's arrests of seven FIFA officials, the organisation's director of communications Walter de Gregorio claimed at a press conference in Zurich today.

Following a dramatic morning, where Swiss Police raided the Baur au Lac Hotel at which the officials were staying ahead of Friday's (May 29) FIFA Congress, De Gregorio also confirmed the election would take place as normal and that there would be no re-vote on the 2018 and 2022 World Cups.

The US Department of Justice meanwhile confirmed Central America and Caribbean Association Football (CONCACAF) President Jeffrey Webb of the Cayman Islands was one of those arrested in the dawn raids.

An investigation into how the host nations were allocated the two tournaments is now also underway.

“Russia and Qatar will be played, this is fact today,” he said.

“I can't go into speculation about what will happen tomorrow.

“FIFA is the damaged party here.

“The timing is not the best but we will co-operate fully with the investigations.

“This is good for FIFA.

De Gregorio, sent to the press conference to address the media alone, reiterated that the developments would not affect the Congress taking place, claiming that President Sepp Blatter was “relaxed and focused” despite the ensuing carnage.

“He is not involved,” he said.

“The stress factor is higher today than yesterday but he is relaxed.

“He is focused on the Congress.”

The seven high-ranking officials were detained on corruption charges after allegedly accepting bribes totalling a reported $150 million (£97.5 million/€137 million) in a case that has spanned nearly three decades.

Current President Blatter was not arrested and neither was secretary general Jérôme Valcke.

“A 47-count indictment was unsealed early this morning in Federal Court in Brooklyn, New York, charging 14 defendants with racketeering, wire fraud and money laundering conspiracies, among other offenses, in connection with the defendants’ participation in a 24-year scheme to enrich themselves through the corruption of international soccer,” the US Department of Justice statement read.

US Attorney General Loretta Lynch described the indictment as alleging corruption that is "rampant, systemic, and deep-rooted both abroad and here in the United States", adding that "it spans at least two generations of soccer officials who, as alleged, have abused their positions of trust to acquire millions of dollars in bribes and kickbacks".

FIFA have since released their own statement, largely echoing De Gregorio's sentiments but also appearing to try and distance themselves from the first of the two investigations while reiterating their co-operation with the authorities.

"Firstly, the arrest of six individuals this morning in Zurich concerns investigations by the US Attorney’s Office for the Eastern District of the State of New York," it read.

"The Swiss authorities, acting on behalf of their US counterparts, arrested the individuals for activities carried out in relation with CONCACAF and CONMEBOL business.

"We are pleased to see that the investigation is being energetically pursued for the good of football and believe that it will help to reinforce measures that FIFA has already taken."

Blatter and UEFA President Michel Platini could also be questioned as they are both Swiss residents.

The Swiss incumbent will come up against Prince Ali Bin Al Hussein for the top seat at world football's governing body, and the Jordanian FA President says the "crisis cannot continue" within FIFA.

"We cannot continue with the crisis in FIFA, a crisis that has been ongoing and is not just relevant to the events of today," he said.

"Leadership that accepts responsibility for its actions and does not pass blame.

"Leadership that restores confidence in the hundreds of millions of football fans around the world.”