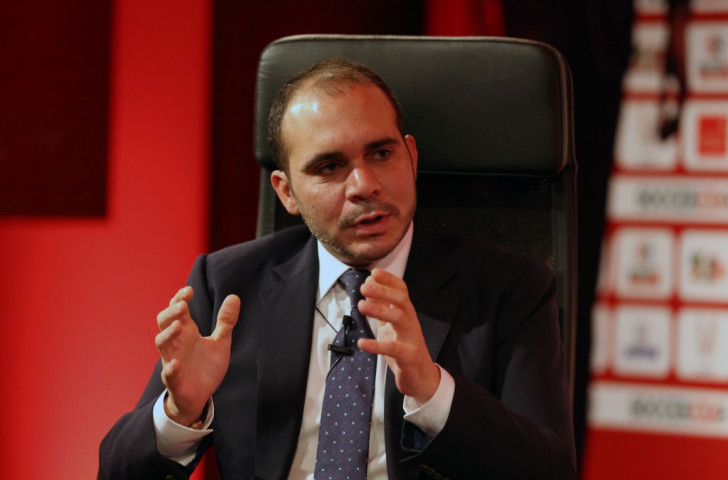 Prince Ali Bin Al Hussein has dismissed reports he is about to drop out of the contest to become the next FIFA President, insisting he will “continue the race until the end”.

Rumours surfaced yesterday that the Jordanian FA chief may withdraw in order to back a single challenger to the incumbent Sepp Blatter, who is widely expected to be elected for a fifth term when the elections take place in Zurich on May 29.

“Prince Ali Bin Al Hussein reaffirmed on Monday he will continue to run for the FIFA Presidential elections, taking place at the end of this month, especially after the supportive and positive responses from the football federations he visited in different countries, and the warm welcome his manifesto has received worldwide,” the statement said.

“This comes after some tweets on social media claiming Prince Ali’s intentions to consider withdrawing from FIFA elections to back a single challenger against Sepp Blatter.”

President of the Royal Dutch Football Association Michael van Praag and former Portuguese international Luis Figo are the other challengers in the race, and Prince Ali had said there would be a “discussion” about them coming together to put forward the strongest candidate.

“The important thing is that we support the person who has the best chance of making a change in FIFA,” he said at the Soccerex Asian Forum in Jordan.

“At some point there will be a discussion about that.”

He then went on to reiterate how accusations that Sepp Blatter's legal adviser Marco Villiger altered a key report into reform recommendation are "deeply worrying" and that the Michael Garcia report into the World Cup bidding process could also have been interfered with.

The Jordanian’s campaign however was dealt a blow early on when Sheikh Ahmad Al Fahad Al Sabah, who was recently elected unopposed onto the FIFA Executive Committee, claimed it was “too early” for Prince Ali to mount a campaign, and the Kuwaiti also reiterated his support for Blatter.

The election is scheduled to take place during the 65th FIFA Congress in the Swiss capital, and the three challengers are all aiming to oust Blatter from a role he has held since 1998.