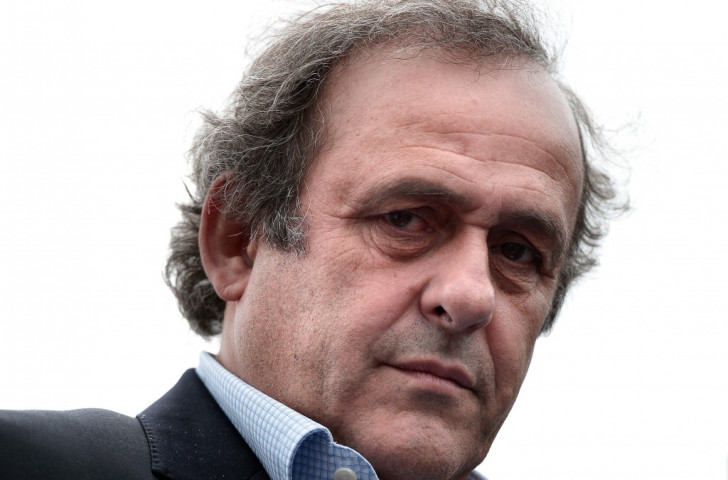 Speaking to French newspaper L’Equipe, Platini, who decided  not to stand in the FIFA election, believes Blatter will make sure he hangs on to a role he has held since 1998 “at all costs”.

His comments comes after the number of challengers to Blatter was whittled down to just one after former Portuguese international Luis Figo and Royal Dutch Football Association (KNVB) President Michael van Praag opted to withdraw from the race.

They, like Platini, have thrown their support behind Prince Ali.

“While he [Blatter] remains in place, whether he likes it or not, and whether it is fair or not, FIFA will lack credibility and its image will be tarnished, and so it will lack authority,” said Platini.

“Moreover, it will be football that suffers.

“He is simply scared of the future, as he has given his life to the institution, to the point where he now identifies himself fully with FIFA.

“I understand the fear of that emptiness that he must have - it’s natural.

“But if he really loves FIFA, he should have put its interests ahead of his own.

“I am firmly convinced that Ali, whom I have known on a personal level for years, would make a great FIFA President.”

Platini’s support for Prince Ali comes as no great surprise, but once again highlights the fractious relationship he now shares with Blatter.

The Frenchman, who earned 72 caps for his country, was a key component in Blatter originally getting elected in 1998, but since then their relationship has deteriorated.

At the turn of the year, the FIFA President accused UEFA of lacking the “courage” to stand against him. Platini has for a long time been touted as a potential successor to the 79-year-old.

FIFA itself has been plagued with constant accusations of wrongdoing and corruption throughout Blatter’s reign, particularly over the World Cup bidding processes for the 2018 and 2022 tournaments, controversially awarded to Russia and Qatar respectively, and Platini has often called for change at the head of world football’s governing body.

Despite the strong backing for Prince Ali from many of the UEFA members, Blatter, who is highly respected in many other parts of the world, is widely expected to secure a fifth term in office when FIFA’s members vote at the Congress in Zurich on May 29.