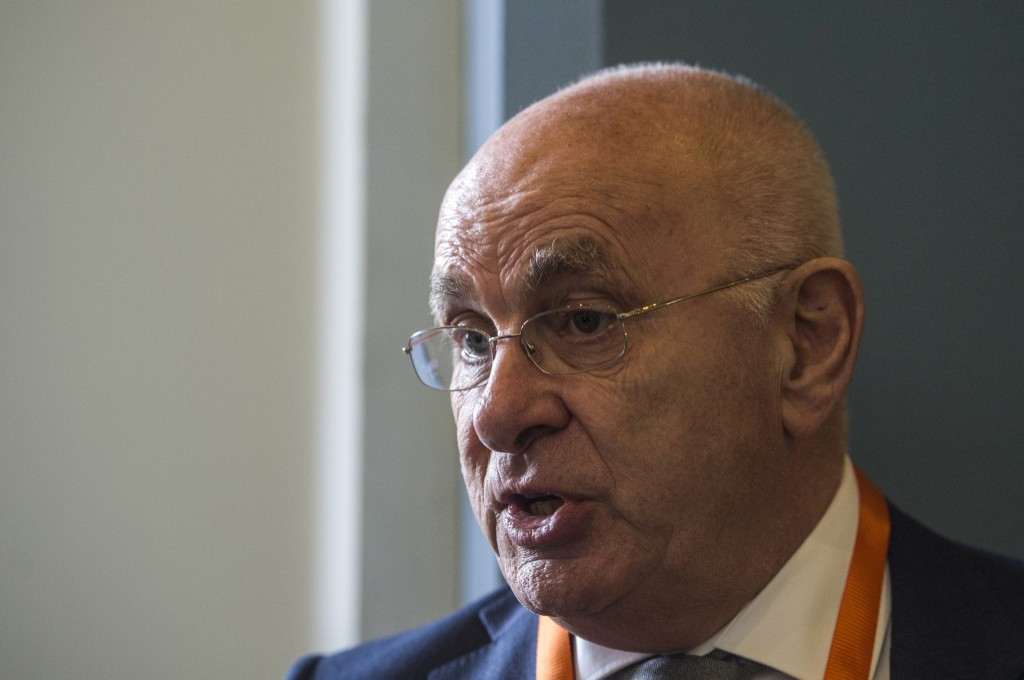 The Netherlands’ Michael van Praag and Portugal's Luis Figo have both withdrawn from the FIFA Presidential election.

The President of the Royal Dutch Football Association and former Portuguese international were two of three candidates bidding to unseat Sepp Blatter, along with Prince Ali Bin Al-Hussein of Jordan, whose candidacy will now be supported by van Praag.

"After thorough deliberation and reflection with different involved parties and stakeholders, Michael van Praag decided to withdraw his candidacy to become the next FIFA president and to join forces with Presidential candidate Prince Ali Bin Al-Hussein," read a statement from van Praag's team.

In a message on his Facebook page, accessible here, Figo said he is dropping out of the running as the ballot is "not a normal electoral act".

"This process is anything but an election," he said.

In reference to Blatter, he added: "This process is a plebiscite for the delivery of absolute power to one man - something I refuse to go along with."

Van Praag announced his candidacy in January, stating his aim to modernise FIFA in a single four-year term, while Figo joined the race the following month with an expanded FIFA World Cup among his proposals.

Blatter, seeking a fifth-term at the helm of world football's governing body, had earlier accused UEFA of "lacking the courage" to forward a candidate to challenge him in the election, which is scheduled to take place at the FIFA Congress in Zurich on May 29.

The two withdrawals follow those of David Ginola, the ex-French international, and Jérôme Champagne, a former FIFA deputy secretary general, who pulled out in January and February respectively.

Prince Ali claimed earlier this month however that he will "continue the race to the end" after rumours surfaced that he may withdraw in order to back a single challenger to Blatter.

The FIFA vice-president published a revised version of his manifesto in Amsterdam this evening, sat alongside van Praag.

Entitled “A FIFA Worthy of the World’s Game”, it details specific pledges to transform FIFA into a service organisation that is a model of good governance and ethical conduct.

All of the manifesto’s original commitments remain, but a number of van Praag's policy proposals have been incorporated.

"I am deeply honoured by Mr Van Praag’s endorsement of my candidacy and by the faith and trust that have been invested in me both by Mr Van Praag and by members of the football and FIFA families across the world," said Prince Ali.

"His decision to withdraw from the FIFA Presidential race has been taken in the name of the future of football and of FIFA.

"But his decision to stand, and the ideas and value that he has brought to this race is immeasurable.

"He has run a positive campaign focused on the future of our sport, and he has brought to the table a number of excellent ideas for ways in which FIFA and football should be improved."

Among the new pledges is the tabling of a proposal to limit FIFA Presidential stints to two four-year terms and have it written into the FIFA Statutes.

The creation of a “President’s Board”, to be comprised of the Presidents of each FIFA Confederation, has also been put forward, while it has been promised that Michael Garcia’s report into the bidding processes for 2018 and 2022 World Cup will be published in full "as soon as possible".

Furthermore, a commitment has been made to develop a global tournament standard to ensure the safe delivery of FIFA events, with workers’ rights and fair working conditions safeguarded, as well as to ensure that an assessment on labour rights and other fundamental human rights is included in the future bidding procedures for World Cups.

This particular proposal would appear to be in response to the heavy criticism aimed at Qatar regarding the poor treatment of migrant workers constructing buildings in the build-up to the 2022 World Cup.

Additionally, a pledge has been made to extend the number of countries participating in the World Cup from 32 to 36 teams as soon as possible, with a view to further, development-led expansion being considered thereafter.

Prince Ali said he is committed to “exploring all options to enable this expansion urgently, ideally in time for the 2018 World Cup” and has vowed to put a proposal of its make-up to the FIFA Executive Committee if elected.

Prince Ali says he and van Praag see this amount as a starting point, and they hope that it would be increased after a review of the FIFA finances.

He also insisted it would be separate and distinct from the “tailor made” development packages that are also promised to the individual Football Associations.

The updated manifesto can be read by clicking here.

Prince Ali also took the opportunity to thank Figo for his efforts.

“He has always been a very important part of the football family for many years, he is a star who has been an incredible inspiration to many both on and off the field,” he said.

“He has also made an incredible contribution to the debate we have all engaged in, and we are truly grateful to him.”

Blatter remains a strong favourite to extend his 17-year reign when the 209 National Federations vote next week.

The 79-year-old has support from most voters in five of Fifa’s six Confederations, with UEFA providing the only formal opposition.

A two-thirds majority is required in the first round of voting to secure victory.

If subsequent rounds are needed, a simple majority is all that is required.