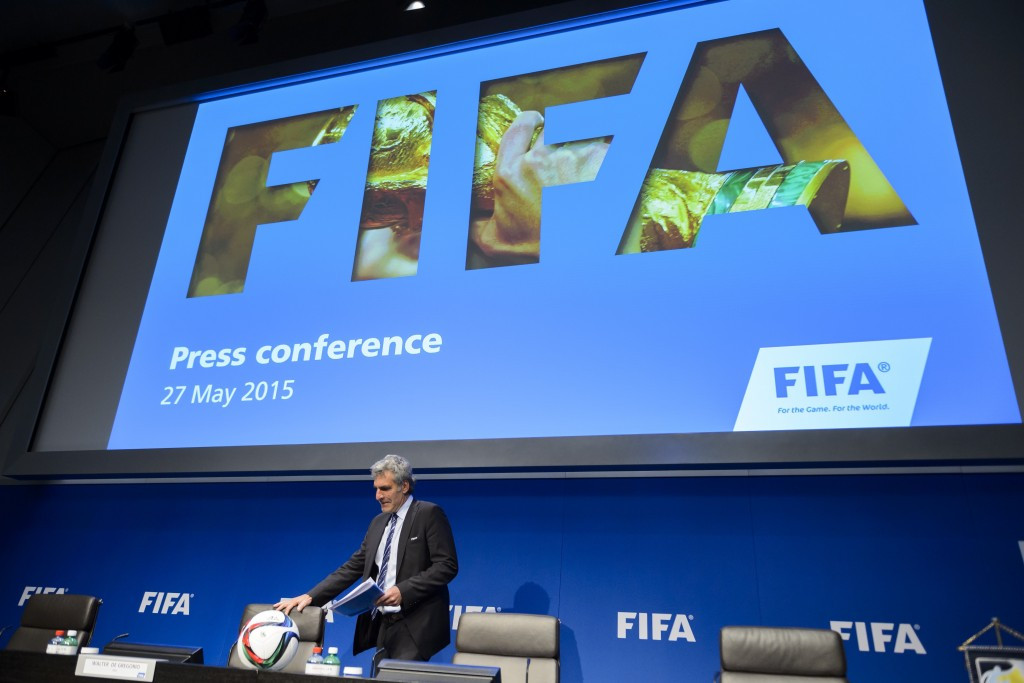 FIFA has been plunged into disarray following a dawn raid by Swiss police that led to the arrest of six of the world football body’s officials.

Those detained are understood to include vice-president Jeffrey Webb, viewed as a potential successor to Sepp Blatter, FIFA’s 79-year-old President, who is also President of the Confederation of North, Central America and Caribbean Association Football (CONCACAF).

It said the charges were backed by an FBI investigation and indicated that the aim was to extradite those detained to the United States to face charges.

The immediate effect on Friday’s (May 29) FIFA Presidential election - in which Blatter is running for a fifth term against Prince Ali Bin Al-Hussein of Jordan - is unclear, although most expect the vote to go ahead.

Prior to the raid, the Swiss incumbent - who was not among those arrested - had appeared to be coasting to victory, with odds on his re-election quoted as short as 1/20.

Also unclear is whether this morning’s dramatic events will impact on FIFA’s controversial decision to award the 2022 World Cup to Qatar, and indeed the 2018 tournament to Russia.

The United States was runner-up in the race for the 2022 event, which has since been switched to winter owing to concerns over the Gulf’s sweltering summer temperatures.

A Swiss Federal Office of Justice (FOJ) statement said the US authorities suspected the payment of bribes “totalling in the US$ millions”.

It continued: “The arrest warrants were issued further to a request by the US authorities.

"The US Attorney’s Office for the Eastern District of New York is investigating these individuals on suspicion of the acceptance of bribes and kick-backs between the early 1990s and the present day.

“The bribery suspects - representatives of sports media and sports promotion firms - are alleged to have been involved in schemes to make payments to the soccer officials - delegates of FIFA and other functionaries of FIFA sub-organisations - totalling more than $100 million (£65 million/€92 million).

“In return, it is believed that they received media, marketing, and sponsorship rights in connection with soccer tournaments in Latin America.

“According to the US request, these crimes were agreed and prepared in the US, and payments were carried out via US banks.”

The statement said the detainees would be questioned by Zurich police regarded the US request.

“A simplified procedure will apply for wanted persons who agree to their immediate extradition,” it said.

“The Federal Office of Justice can immediately approve their extradition to the US and order its execution.

“However, if a wanted person opposes their extradition, the FOJ will invite the US to submit a formal extradition request within the deadline of 40 days specified in the bilateral extradition treaty.”

It also quoted a Government official as saying that the indictment was also expected to name sports marketing executives from the US and South America who are accused of paying more than $150 million (£97 million/€137.5 million) in bribes and kickbacks in exchange for media deals associated with major soccer tournaments.

“We’re struck by just how long this went on for and how it touched nearly every part of what FIFA did,” a law enforcement official was quoted as saying.

“It just seemed to permeate every element of the federation and was just their way of doing business.

Rumours of an FBI investigation have been circulating since at least last November, when a wide-ranging article in the New York Daily News newspaper named former FIFA Executive Committee member Chuck Blazer as the main informant in a probe into alleged money laundering and fraud in football.

FIFA were due to hold a press conference in Zurich at 11am Swiss time to discuss this morning’s developments.

The FBI, meanwhile, will hold a news conference in New York City later this afternoon, around 10am local time.