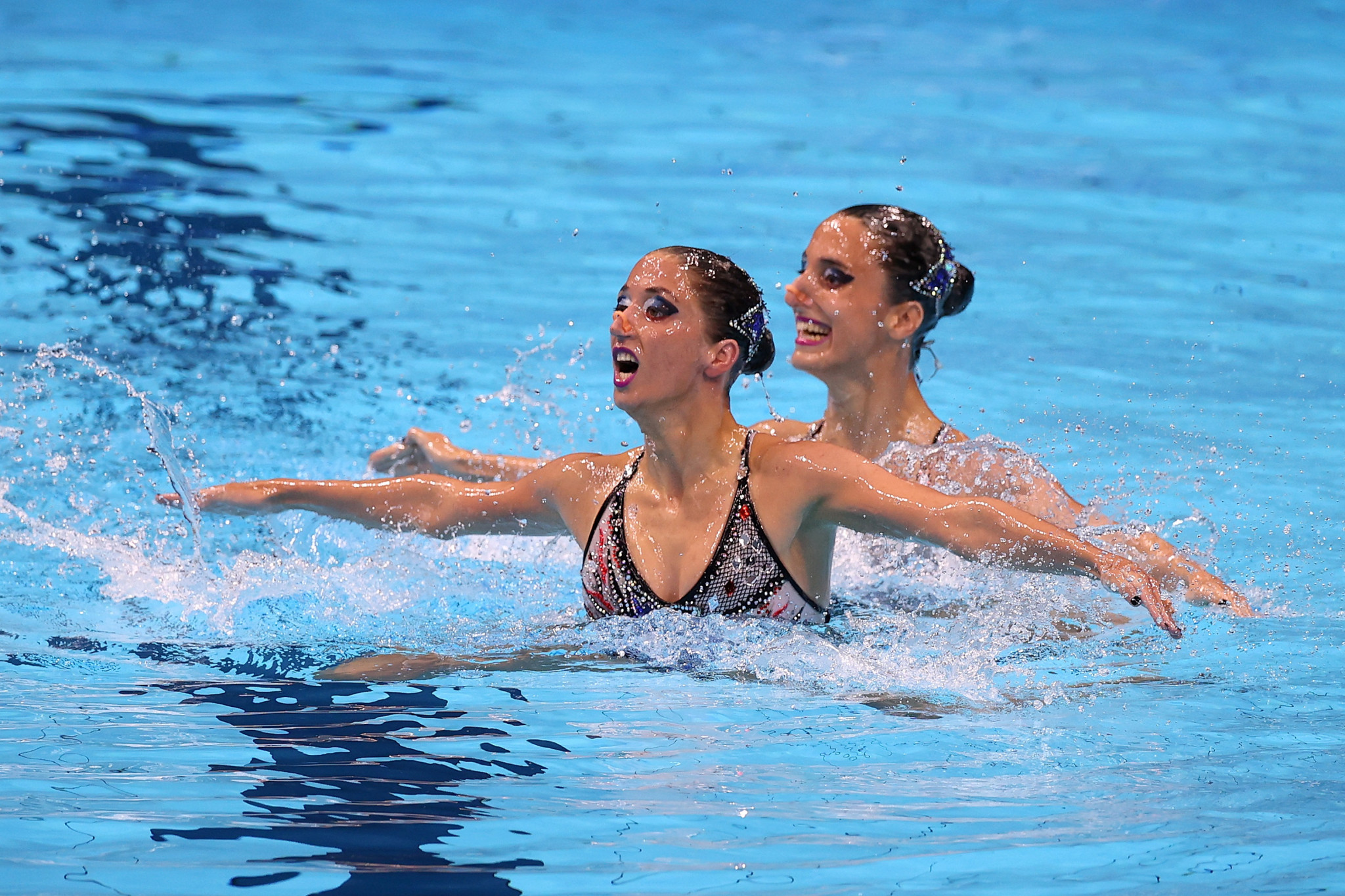 Anna-Maria and Eirini Alexandri of Austria ensured there was more family success in the Greek capital when they won the women’s duet free routine.

Bregji De Brouwer and Marloes Steenbeek of The Netherlands earned silver with 86.6667, while Eden Blecher and Shelly Bobritsky of Israel bagged bronze with 85.8000.

They defeated Italy’s Nicolo Ogliari and Federica Sala who finished with 82.5667, while Claudia Coletti and Kenneth Gaudet of the United States totalled 80.9333 for bronze.

Greece won the mixed free combination title with 85.9333 as Israel secured silver with 85.1667 and Kazakhstan completing the podium with 80.8000.