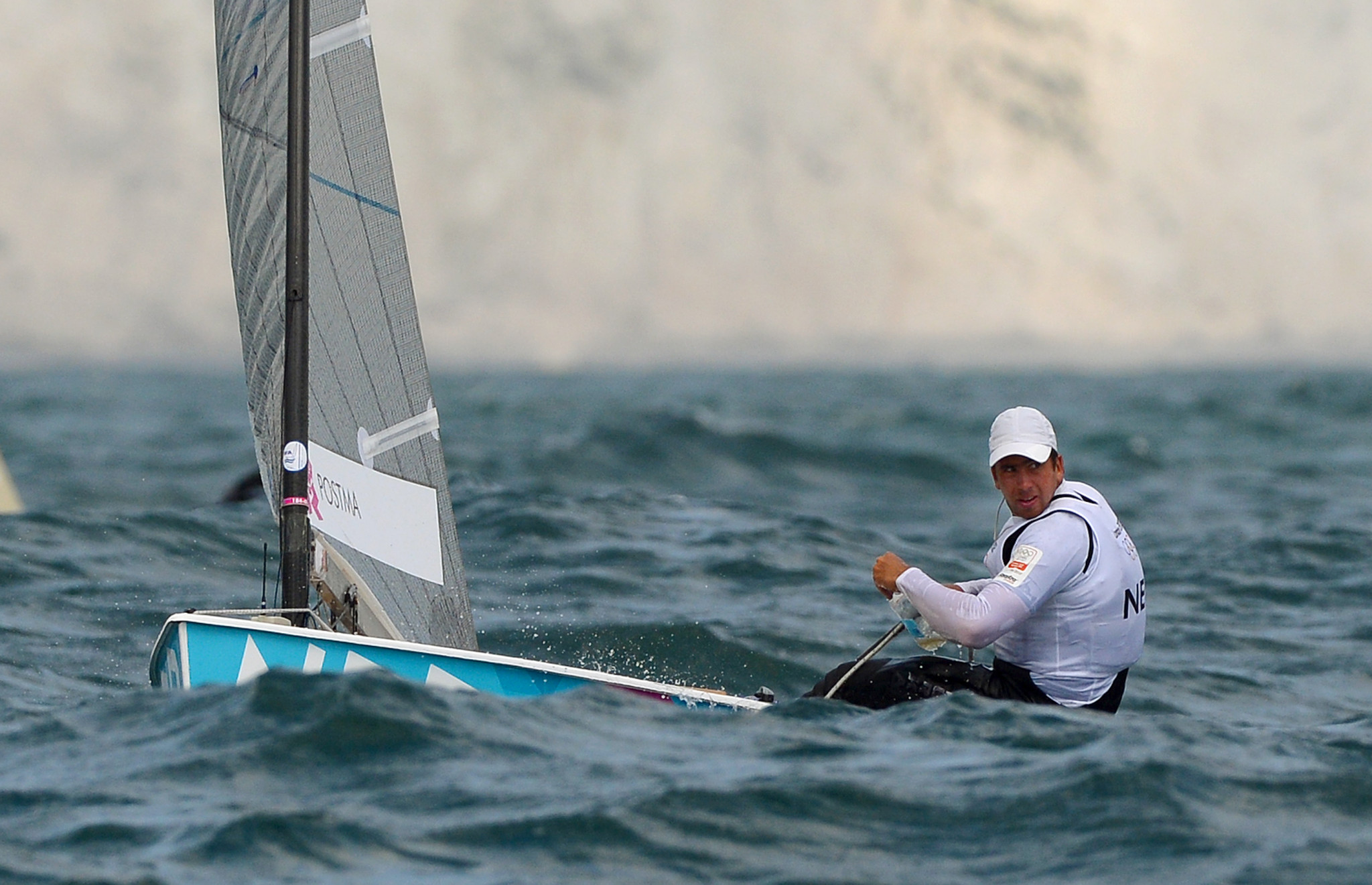 Pieter-Jan Postma has returned to the top of the Finn Gold Cup standings after a double-winning day of racing at the Fraglia Vela Malcesine on Lake Garda.

The Dutch sailor recorded wins in the two races to set his net points total at 17, which is five less than overnight leader Oskari Muhonen.

The Finn’s first race of the day, and seventh of the competition, was the difference maker as he scored nine points following a start line incident.

However, he remains within touching distance of the three-time Olympian thanks to a second-place finish in the event’s eighth race.

The Hungarian finished sixth and fourth while the London 2012 Olympian came eighth and 13th.

This puts the two sailors neck-and-neck with 42 and 46 net points, repsectively.

Italy’s Marko Kolic held onto fifth in the overall standings after recording third and 11th.

His net points total of 54 is 13 more than Miguel Fernandez Vasco of Spain.

The Finn Gold Cup is scheduled to enter its climatic final day tomorrow.