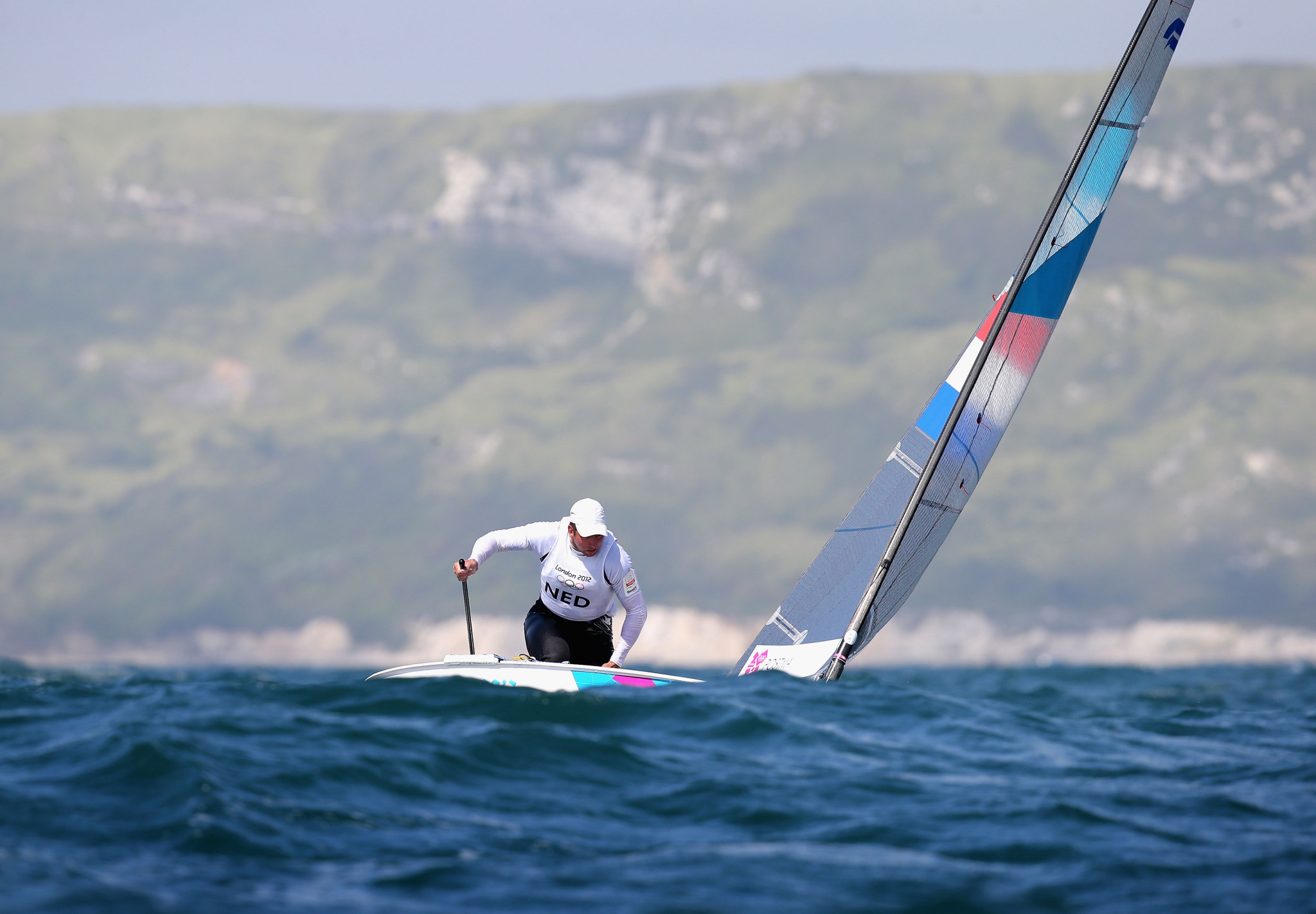 Muhonen recorded two victories and a fifth-place finish to edge in front of the The Netherlands’ three-time Olympian by a three net point.

Postma scored a competition-low of eight in the fourth race of the event before recovering and coming second and third in the following two races.

Florian Raudaschl, who competed at the London 2012 Olympics, surged up the rankings after a much-improved second day of racing to be placed third.

Yesterday, the Austrian racked up 40 points, but he fought back by claiming fourth and the top spot in the three races.

Raudaschl next came eighth in the third run of the day, meaning he is 13 net points off Muhonen.

Domonkos Németh of Hungary is eight net points below in fourth after coming 12th, sixth and second.

Italy's Marko Kolic, who finished fifth, fourth and fifth again, moved into the top five and is eight net points below Németh.

The opening day of the event was postponed due to a lack of wind and yesterday was the first day of official competition.

The Finn Gold Cup in Italy is scheduled to continue tomorrow.