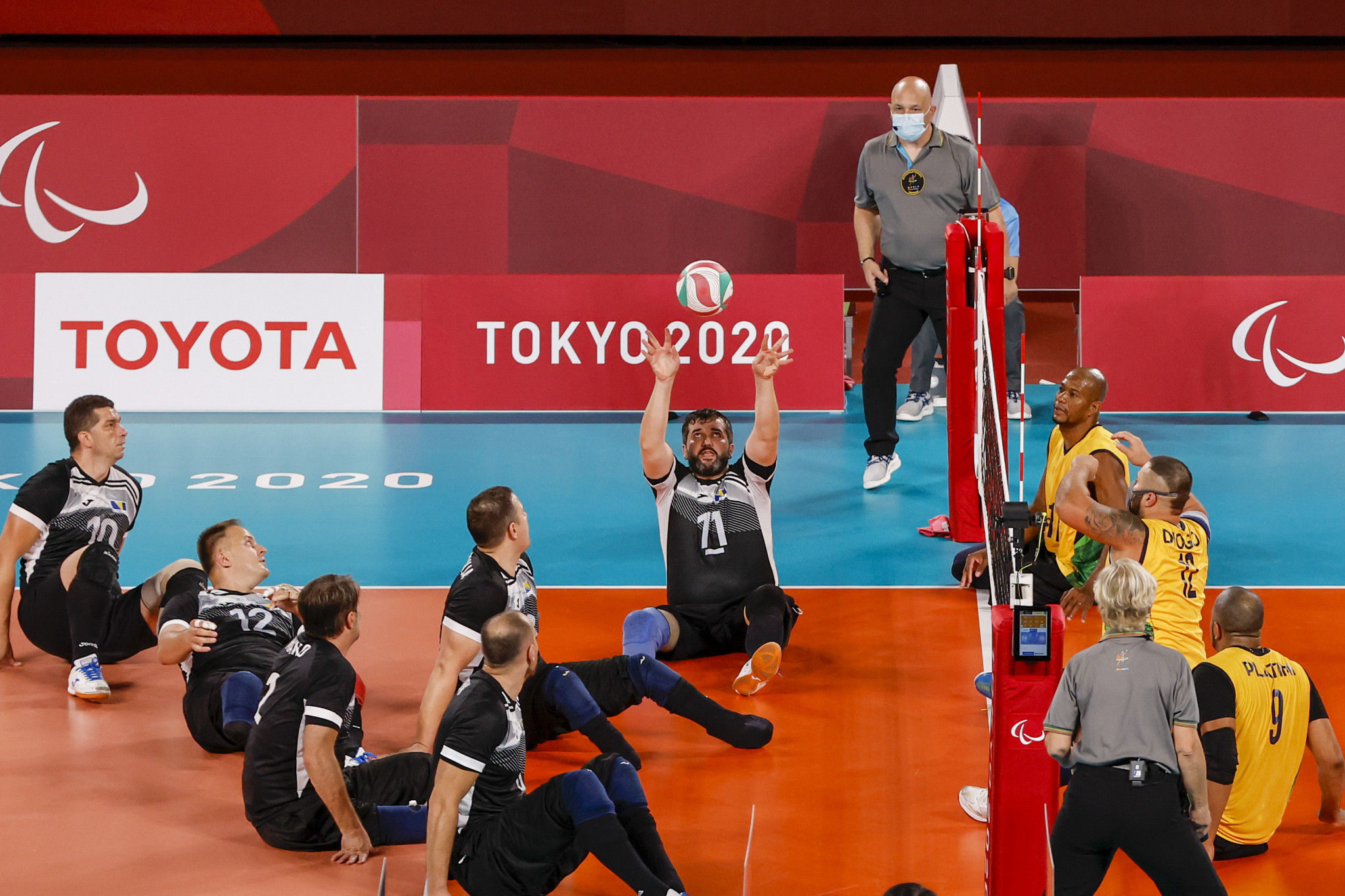 Defending champions Russia progressed to a round of 16 tie against Italy without dropping a set as they finished their Group D campaign with a third successive straight sets win against Slovenia at the European Sitting Volleyball Championships at the Antalya Sports Hall in Kemer.

Russia thrashed their opponents 25-8, 25-17, 25-13, with Slovenia finishing third and setting up a knockout tie against Group B runners-up The Netherlands.

They will play Latvia in the next round, while the Czechs face Group B winners Ukraine.

Bosnia and Herzegovina had won four successive European titles before Russia clinched back-to-back golds, and they eased past Hungary 25-11, 25-8, 25-12 to top Group C.

The Germans in contrast move into the knockout stages with a 100 per cent record, and will play Georgia.

Hosts Turkey lost all three sets 25-18 to Serbia as the teams finished third and second respectively.

Poland are up next for the home nation, while Hungary stand in Serbia's way of a quarter-final berth.

In the women's tournament, Turkey's prospects of progressing to the knockout stages took a further blow as they suffered a fourth consecutive defeat to leave the bottom of Group A.

The bottom two sides in the six-team Group A will be joined by the last placed country in the five-team Group B in a three-team group that determines the placement for the bottom three ranked sides.

The top four in each group advance to the knockout phase.

In Group B, Russia continued their bid for a third successive title with a third win from as many matches.

The Netherlands did not play today, but prop up the group with one match remaining.

Tomorrow sees the group stage draw to a close in the women's tournament, while the quarter-final line-up in the men's competition will be confirmed after the eight round of 16 ties.