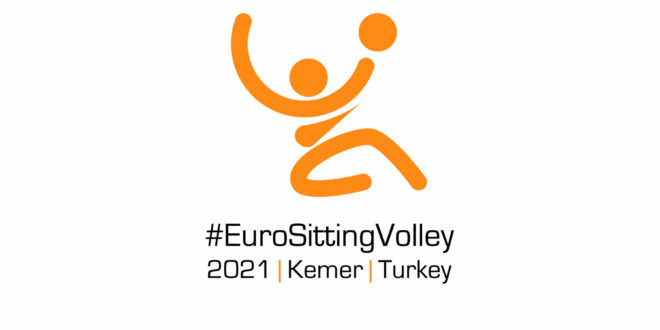 A logo for this year's European Sitting Volleyball Championships in Turkey has been released, coinciding with the drawing of pools.

Kemer is due to stage women's and men's competition from October 17 to 23.

The logo depicts an orange figure playing sitting volleyball and was designed by Mehmet Sobaci from Ankara University.

The host nation was drawn in men's Pool A along with Germany, France and Serbia.

Defending champions Russia are in Pool D with Croatia, the Czech Republic and Slovenia.

Bosnia and Herzegovina - European Championship runners-up in 2019 in Budapest and silver medallists at the Rio 2016 Paralympics - join Poland, Georgia and Hungary in Pool C, while Italy, Latvia, Ukraine and the Dutch are in Pool B.

The women's tournament by contrast features two pools - one with six teams, the other containing five.

Turkey are in Pool A with Finland, Croatia, Slovenia, Germany and Poland.

Defending champions Russia, 2019 runners-up Italy, Ukraine, The Netherlands and Hungary are in Pool B.