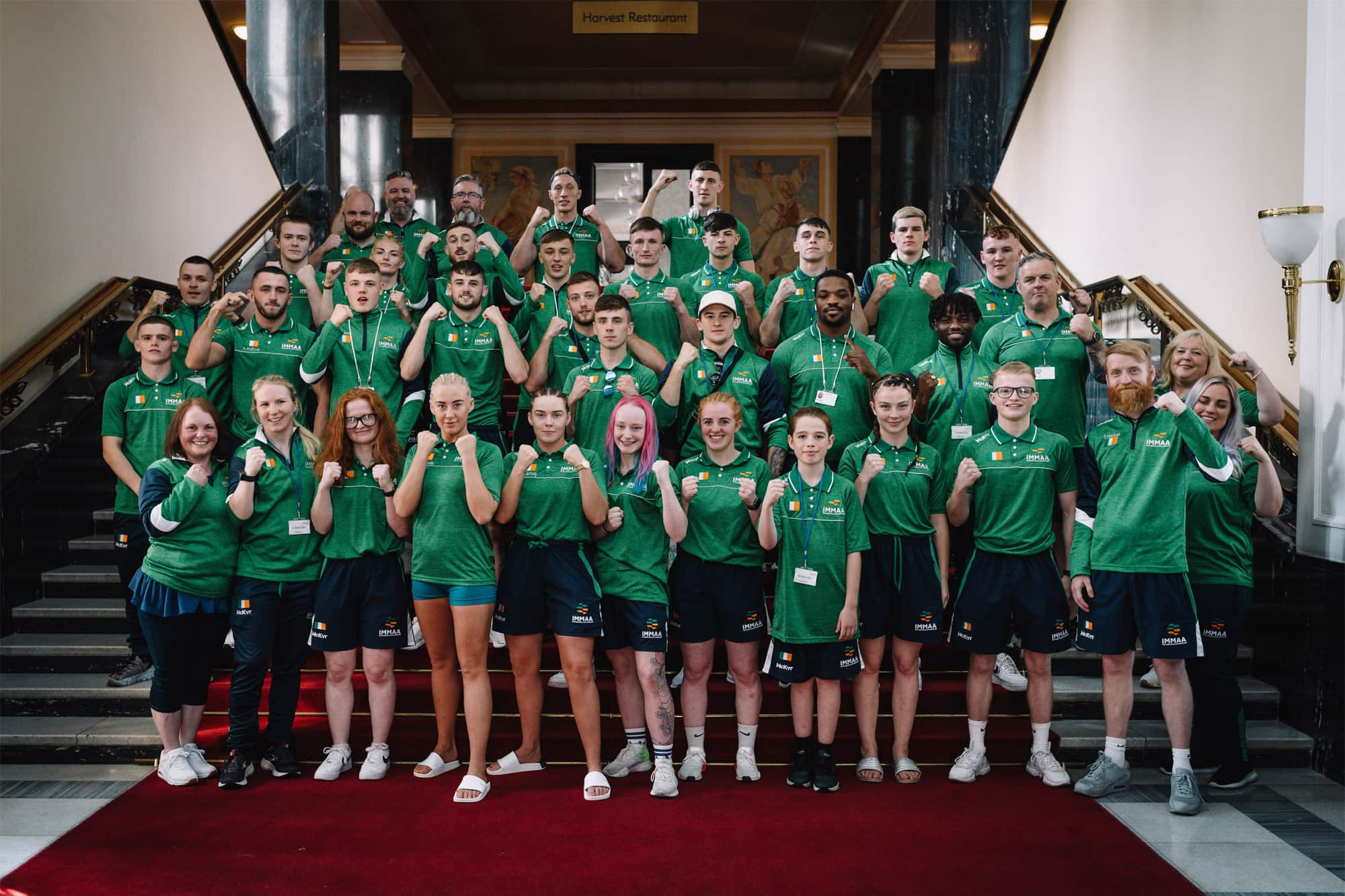 All All-Ireland team won 12 medals as the IMMAF Senior and Junior World Cup was held from September 8 to 11, with Bannon winning the women’s bantamweight event and Carney earning silver in the equivalent junior competition.

Bannon defeated fellow Irish fighter Kerry Ann Vernon via a unanimous decision to clinch gold in the senior 61.2-kilogram division, and speaking to Dublin newspaper The Echo, she was emotional at the reception, paying tribute to those at the gym who had contributed to her success.

"It was brilliant to come back to the gym and see all of the training partners who have helped me get here," Bannon commented.

"My family was there as well, I was delighted to bring the gold back to the gym.

"It brought a tear to my eye."

In 2019, she left Bahrain with silver... now Shauna Bannon is the #2021MMAWorldCup Champion 🏆🇮🇪 pic.twitter.com/1yj83Rzjd2

Carney fell on the wrong side of a unanimous decision in the junior 61.2kg competition, having to settle for silver at the expense of Ukraine’s Maryna Demchuk.

However, she declared that she was "delighted" with how she had fared during what was her first-ever mixed martial arts (MMA) tournament, having previously earned a black belt in taekwondo.

Kiya O’Sullivan in the women’s junior flyweight and Ryan Keogh in the men’s junior featherweight were the other Irish winners in Prague,

For the first time at an IMMAF competition, a unified Irish team of 26 athletes appeared at the World Cup, featuring fighters from both Ireland and Northern Ireland.

The inaugural edition of the competition offered an opportunity for nations unable to travel to Russia for the IMMAF European Championships to compete, and was the final event of the year in which ranking points were available to determine qualification for the World Championship in Nur-Sultan, the capital of Kazakhstan, from November 27 to December 4.