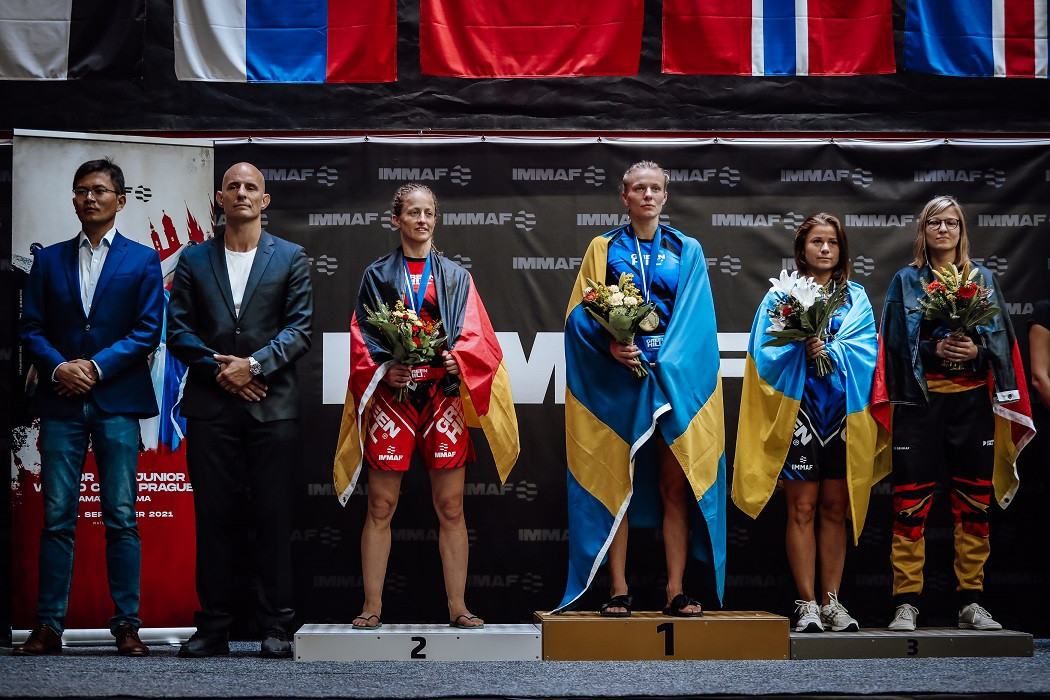 Sweden and Bahrain took the majority of the titles on the last day of the International Mixed Martial Arts Federation (IMMAF) Senior and Junior World Cup in Prague.

In the first senior bout of the day, Sweden's Josefine Modig defeated her compatriot Nina Back via a unanimous decision from the judges after a brutal, three-round contest in the women's strawweight final.

Another Swede, Millie Eriksson, was victorious in the Czech Republic, this time in the flyweight division.

She was taken all the way to the final round by Renana Bruckstein before forcing the German into submission with a guillotine choke after 1min 33sec.

In the lightweight class, Yrsa Sandin continued the Swedish dominance in the women's events by narrowly beating the hosts' Eva Melo 29-28, 28-29, 29-28 in a split decision.

Norwegian Cecilie Bolander forced Czech Katerina Lisova to tap out after 35 seconds with an armbar in the featherweight final.

A gold medal for Norway 🇳🇴🥇

Meanwhile in the men's events it was Bahrain that stole the show.

Rasul Magomedov crushed Norway's Per Kjetil Haglund Tonnessen with a brutal kimura submission in the first round of the men's heavyweight final.

Prior to that, Magomedzagid Magomedov took the full three rounds to beat Ukrainian Mykola Kovalenko with a 30-27, 30-27, 30-27 unanimous decision victory.

Mansur Magomedov won by the exact same scoreline courtesy of the judges against Spain's Rafael Calderon Coria in a third final win for Bahrain.

In the bantamweight final, Italian Fidel Gramiccia defeated Ireland's Taylor Quinn via unanimous decision while his compatriot Raphael Federico fell to Juan Izquierdo of Spain in the featherweight class.

This was the first-ever IMMAF World Cup, with the series designed to expand the IMMAF's talent pool and its competitiveness by offering athletes more opportunities to compete.