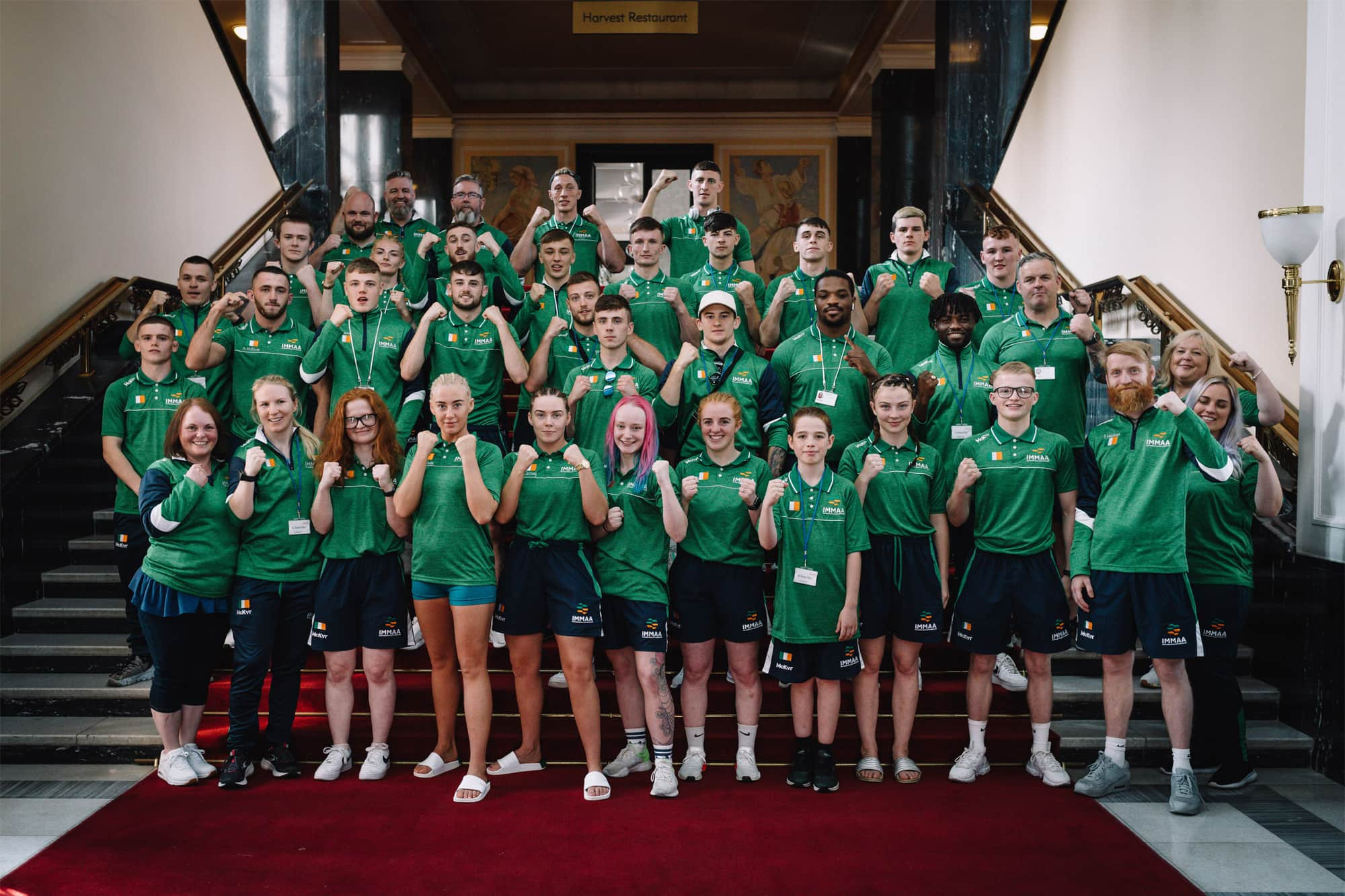 Six of 10 Irish athletes were victorious on the first day of the International Mixed Martial Arts Federation (IMMAF) Senior and Junior World Cup in Prague.

Athletes from both Ireland and Northern Ireland are competing in a united team in the Czech capital - a first at an IMMAF event.

And it was junior men's featherweight Ryan Keogh who went down in history as the All-Ireland squad's first victor, beating Greek opponent Nikolaos Katsoulas via a technical knockout (TKO) inside the first round.

The host nation found the going tough, however, with 10 of the 12 Czech athletes in action suffering defeat.

The event continues tomorrow, with women's bouts among those on the schedule.

It is the IMMAF's first-ever World Cup leg.