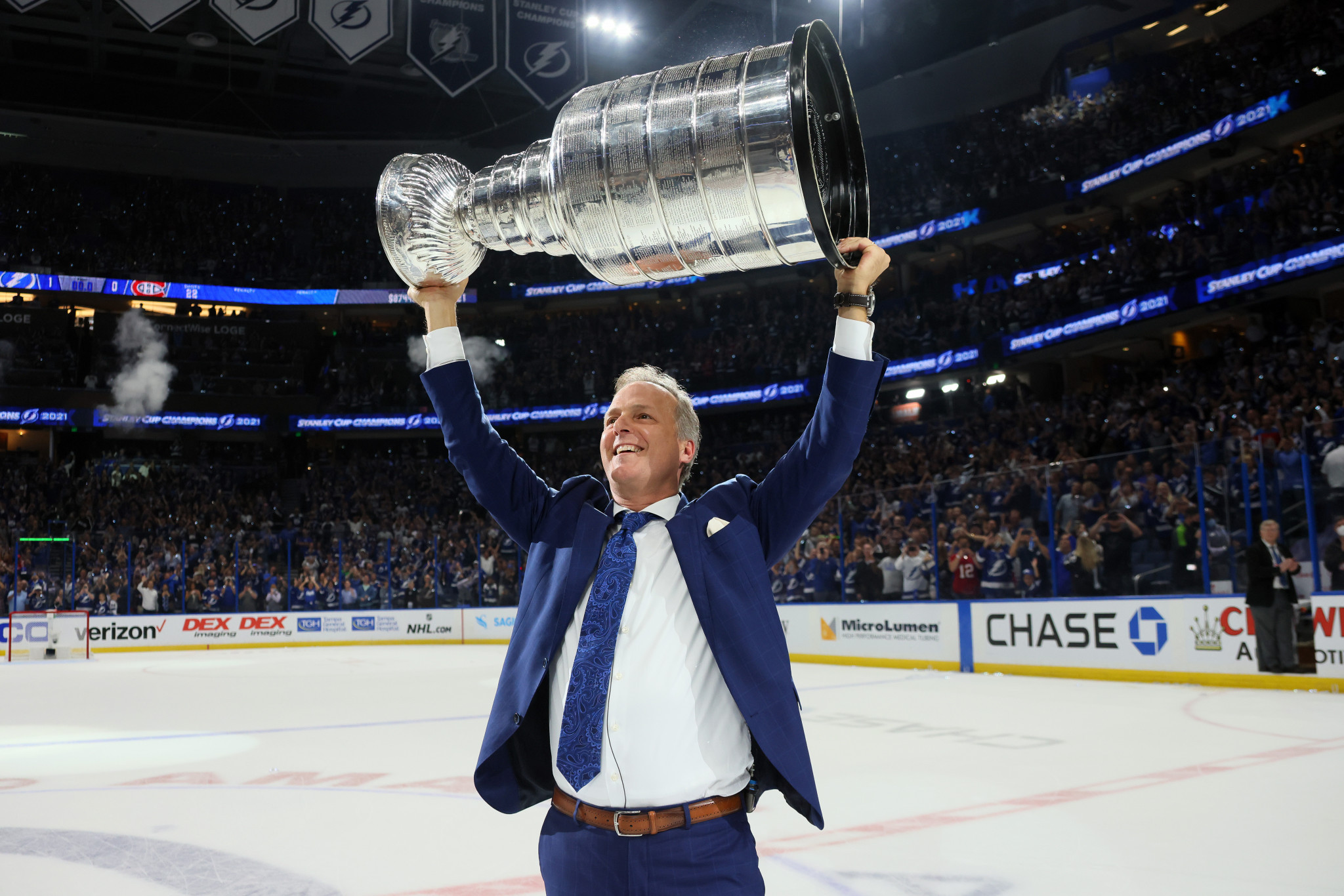 Cooper, who is also the head coach for the National Hockey League (NHL) Tampa Bay Lightning, will be joined by assistant coaches Bruce Cassidy, Peter DeBoer and Barry Trotz.

"It is an honour to be entrusted with leading Canada's Men’s Olympic Team next year in Beijing, and to be able to carry on the rich tradition of hockey excellence that is associated with Hockey Canada," said Cooper.

"The opportunity to work with an excellent management group and an elite-level coaching staff of Barry, Bruce and Peter is a great privilege.

"I have many fond memories of the Olympics, from watching games as a young kid to thrilling gold medal victories, and I look forward to helping create lasting memories for Canadians across the country while our team competes for a gold medal."

The 53-year-old won consecutive Stanley Cup titles with the Lightning in 2020 and 2021 and is currently the longest-serving head coach in the league.

"We are very excited to introduce the members of Canada’s coaching staff for the 2022 Winter Olympics, as each individual brings a tremendous amount of experience that will benefit our team if NHL players are able to participate in Beijing," said Tom Renney, chief executive of Hockey Canada.

"Under the leadership of Stanley Cup champion Jon Cooper, and with the contributions of this very skilled coaching staff, we are thrilled to have them lead us at the Olympics and represent our country with pride as they build a team that will compete for a gold medal."

Cassidy has been head coach of the Boston Bruins since 2017 and won the Jack Adams award for coach of the year in 2020.

DeBoer was an assistant coach with Canada's men's national team at four IIHF World Championships in 2010, 2011, 2014 and 2015, winning the gold medal in the latter.

Trotz has also represented his country four times in the competition as an assistant, winning gold in 2003 and silver in 2009.

DeBoer is currently head coach for the Vegas Golden Knights, while Trotz is the New York Islanders head coach.

It remains to be seen whether or not NHL players will be able to join them at the competition.

The men's and women's ice hockey competitions at Beijing 2022 will be played in the Beijing National Indoor Stadium and the Wukesong Arena from February 4 to 20.

Canada's men's team has been dominant in the Winter Olympics and won gold medals, including at Vancouver 2010 and Sochi 2014.

Olympic Athletes from Russia won the title at Pyeongchang 2018, when Canada claimed bronze.