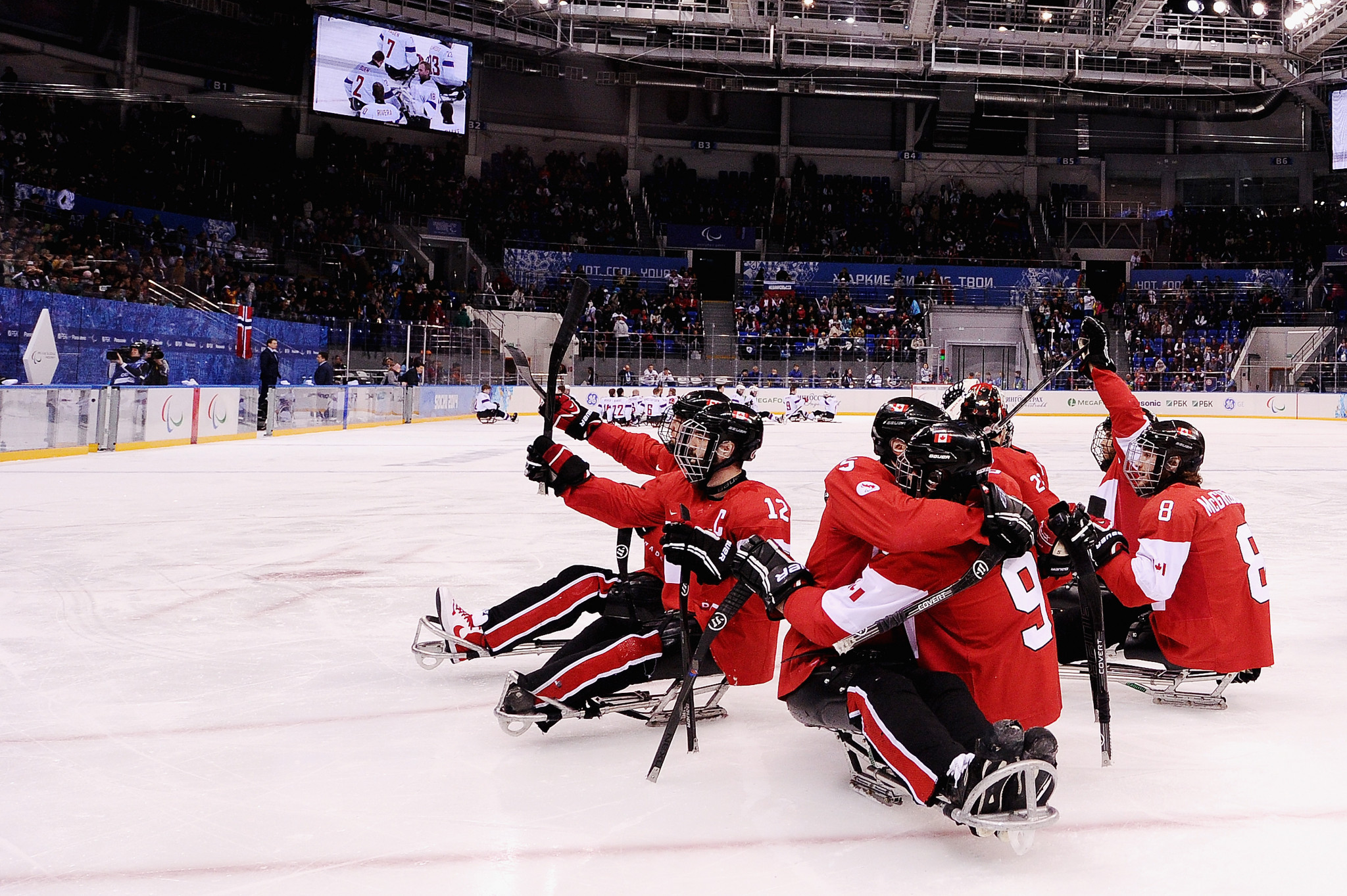 Canada and the Russian Paralympic Committee (RPC) both won their final preliminary games to finish top of their respective groups at the World Para Ice Hockey Championships in Ostrava in the Czech Republic.

RPC ensured they finished top of Group B with a colossal 18-1 win over Norway at the Ostravar Arena, making it three wins from three.

After an 8-1 lead following the first period, neither team scored in the second before the RPC put 10 past their opponents in the final period.

Konstantin Shikhov, Vladimir Rychkov, Nikolai Terentev and Evgenii Petrov all scored hat-tricks - contributing to the biggest win of the tournament so far.

Canada followed up with a 10-0 victory over the Czech Republic, with forwards Zach Lavin and Tyler McGregor both scoring hat-tricks.

? Zach Lavin and @HockeyCanada ?? have some extra motivation heading into their games in Ostrava.

Unity is what makes this team so good on the ice. ?#Ostrava2021 #ParaIceHockey @Paralympics @CDNParalympics @HC_Para pic.twitter.com/Ihn6IyLwu8

Both scored these within the first two periods to give the Canadians a 9-0 lead, and Corbyn Smith added another in the final period to take the score into double digits, while his side completed a shut-out against the Czechs.

Slovakia claimed a 3-1 win over Italy to finish third in Group B thanks to a late double from Milos Vecerek.

He scored twice in the third period to take the game from a draw to a win, giving Slovakia its first victory of the tournament.

Team mate Martin Joppa opened the scoring late in the second period, but Italy equalised early in the final period through Sandro Kalegaris before Vecerek's double.

The United States beat South Korea 8-0 in the final game of the day to secure second spot in Group A.

Brody Roybal scored four goals during the convincing win for the US.