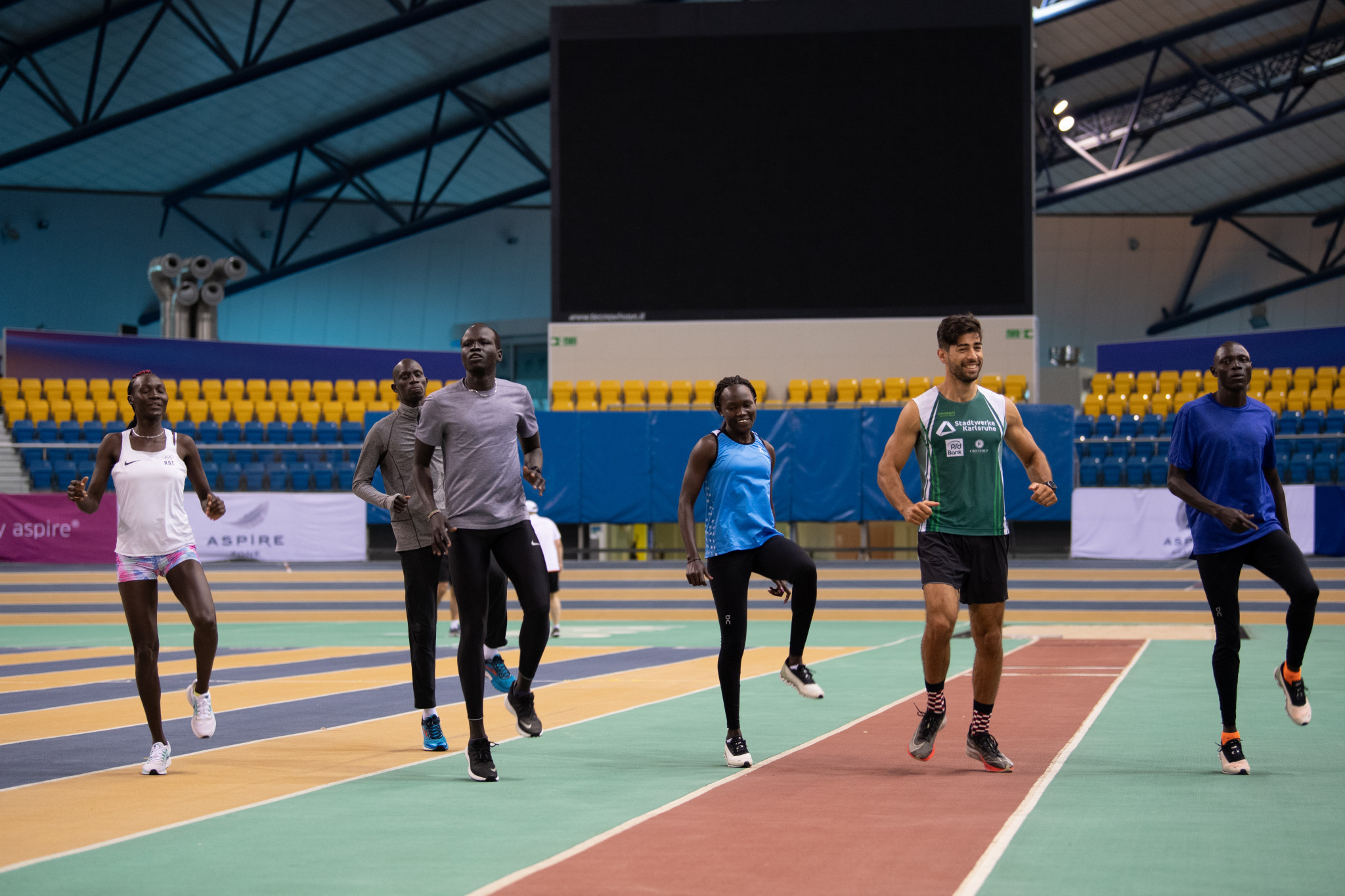 The Refugee Olympic Team has completed a two-day training camp in Qatar as they prepare to fly out to compete at Tokyo 2020 here.

All 29 members of the team trained at the Aspire Zone in Doha, as well as taking part in Tokyo 2020 workshops with International Olympic Committee (IOC) staff.

The IOC confirmed the team's athletes, who will compete in 12 sports, in June.

They were whittled down from a group of 55 contenders from 13 countries, who were given IOC scholarships.

Six of the group competed as part of the first Refugee Olympic Team at Rio 2016.

The Qatar Olympic Committee (QOC) is a founding member of the Olympic Refuge Foundation and its President, Sheikh Joaan Bin Hamad Al-Thani, is a member of the Board.

Inviting the team's athlete to the Aspire Zone "reinforced the QOC's commitment to supporting refugees", the organisation claimed, with a dedicated counter for the group set-up at Hamad International Airport.

"We are honoured to have the opportunity to make a small contribution to the inspiring journey of the Refugee Olympic Team," said Sheikh Joaan.

"We know how hard they have worked to be able to compete at the Olympic Games and we hope that this training camp at the state-of-the-art Aspire will help them to compete at their best in Tokyo.

"The team's performances will not just inspire billions of people but will also raise awareness about the scale of the global refugee crisis.

"At the Qatar Olympic Committee we are passionate about ensuring that refugees and displaced people have access to sport.

"We believe strongly in the role sport can play in empowering people and bringing hope at times of great hardship.

"Through our work with the Olympic Refuge Foundation we will continue to support refugees in any way we can."

The 29 athletes are due to compete in athletics, badminton, boxing, canoeing, cycling, judo, karate, taekwondo, shooting, swimming, weightlifting and wrestling.

A notable inclusion is taekwondo's Kimia Alizadeh, Iran's first female Olympic medallist at Rio 2016 when she won bronze in the under-57 kilograms division.

The 23-year-old fled her home country for Germany last year after claiming she was "one of the millions of oppressed women in Iran", and her refugee status was confirmed in February.

"We were pleased to host the Refugee Olympic Team in Aspire Zone, and we harnessed all possibilities and means of technical and administrative support to benefit from all our training facilities equipped for several different sports, and it is a great honour for the Qatar Olympic Committee to choose Aspire Zone to host the training camp," said Aspire Zone chief executive Mohammed Khalifa Al Suwaidi.

"I wish them all the best in their participation in the 2020 Tokyo Olympics."