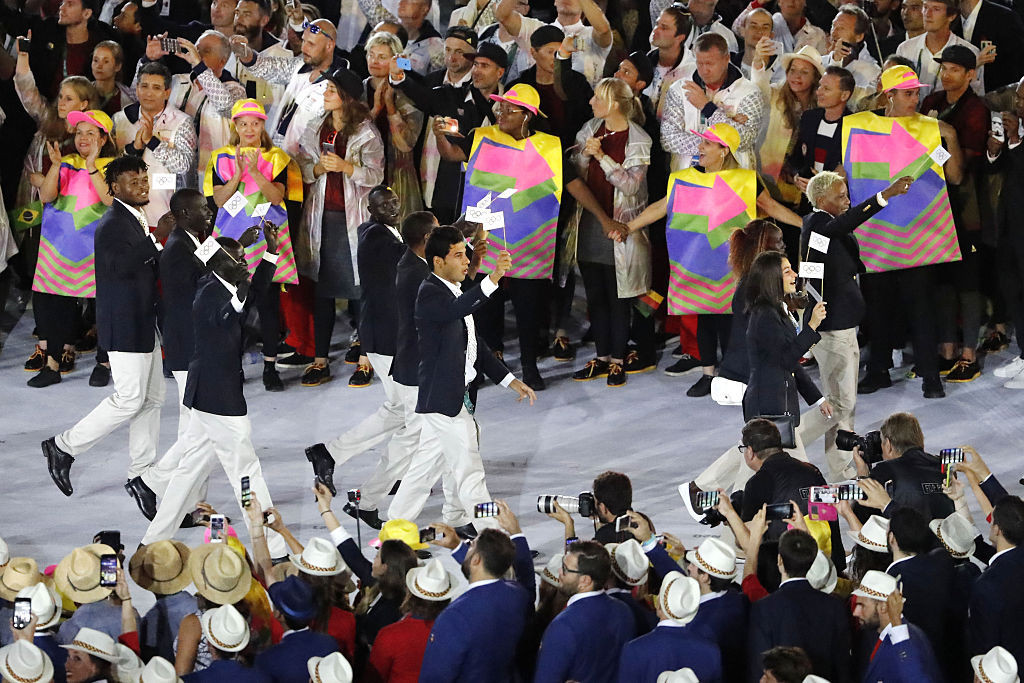 A total of 29 athletes from 12 sports will form the Olympic Refugee Team at Tokyo 2020, the International Olympic Committee (IOC) announced today.

The chosen competitors, selected from a group of 55 promising refugee athletes from 13 countries that were given IOC scholarships, are set to compete across athletics, badminton, boxing, canoeing, cycling, judo, karate, taekwondo, shooting, swimming, weightlifting and wrestling at the Games.

The squad, which features athletes from 13 host National Olympic Committees, includes six which competed on the first Olympic Refugee Team at the 2016 Games in Rio de Janeiro.

Alaa Maso is also set to compete in swimming, while Misenga is one of six judoka selected for the team by the IOC, joining Sanda Aldass, Ahmad Alikaj, Muna Dahouk, Javad Mahjoub and Nigara Shaheen.

The team is nearly three times the size of the 10-strong refugee team at Rio 2016, and includes 10 men and nine women.

"I speak on behalf of the entire Olympic Movement when I say that we cannot wait to meet you in person and to see you compete in Tokyo," said IOC President Thomas Bach.

"When you, the IOC Refugee Olympic Team and the athletes from the National Olympic Committees from all over the globe, finally come together in Tokyo on 23 July, it will send a powerful message of solidarity, resilience and hope to the world.

"You are an integral part of our Olympic community, and we welcome you with open arms."

Members of the squad are set to gather for the first time as a team at the Aspire Academy in Doha on July 12 and 13, before they fly to Tokyo the following day.

She will again be assisted by Deputy Chef de Mission Stephen Pattison from the United Nations High Commissioner for Refugees in Geneva.

"The participation of the IOC Refugee Olympic Team in the Tokyo 2020 Games, which will be both a festival of sport and a celebration of  peace, will draw the world's attention to the issue of refugees and further advance efforts to achieve world  peace through the elimination of the wars and conflicts that cause people to flee their homeland," said Tokyo 2020 President Seiko Hashimoto.

"I hope all athletes selected for the IOC Refugee Olympic Team will be able to perform at their personal best at the Tokyo  2020 Games.

"We will also continue to work closely with the IOC and other relevant parties as we make every effort to ensure  a safe and secure stay in Japan for the IOC Refugee Olympic Team and their hosts."

The announcement of the team was streamed live but some complained of not being able to view the video because of the global internet outage that affected the websites of some of the world's largest companies.