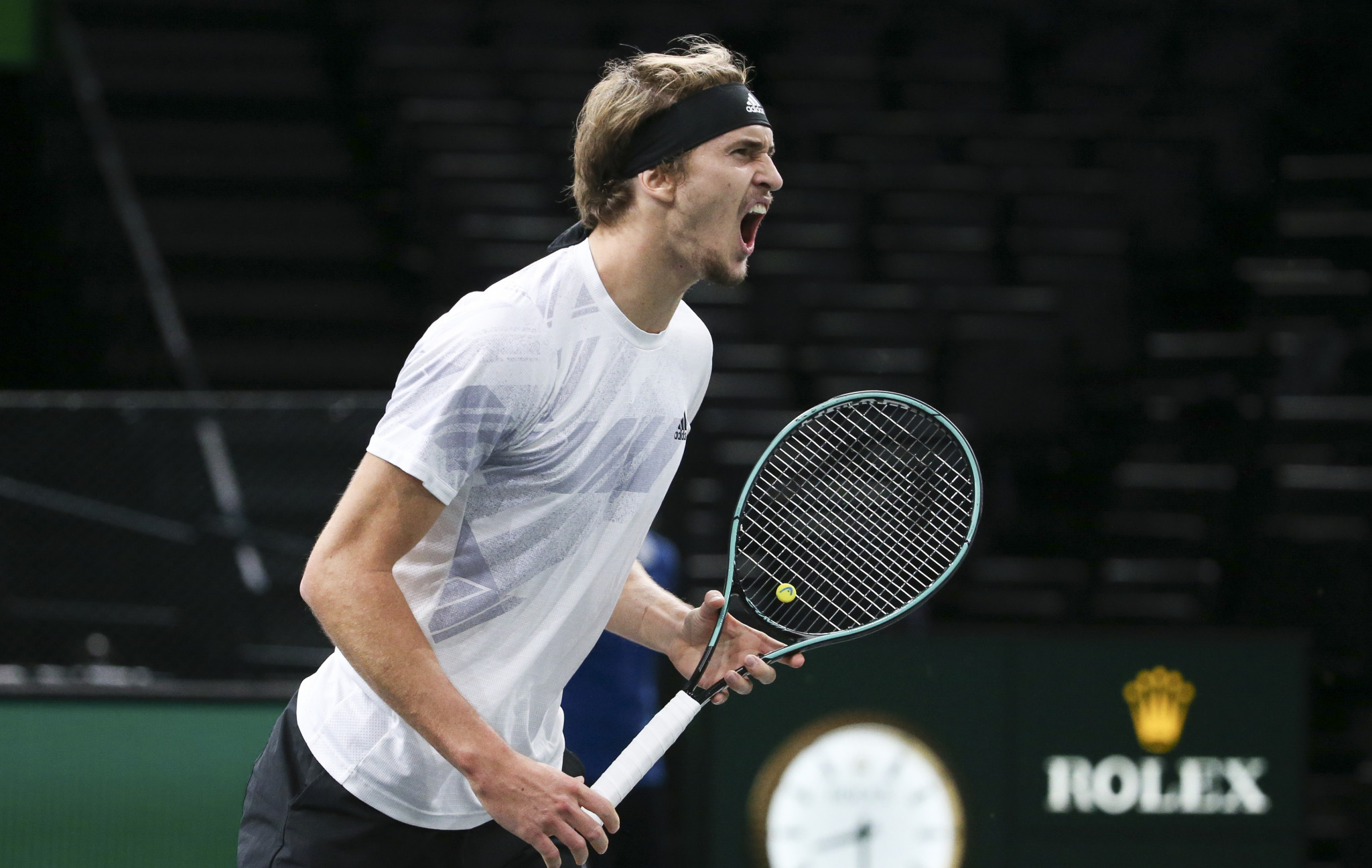 Russia’s Medvedev saw off Milos Raonic of Canada 6-4, 7-6 (7-4) in the other semi-final at Accor Arena in the French capital.

Nadal was hoping to tie Novak Djokovic’s record haul of 36 ATP Masters 1000 crowns with his maiden Paris Masters title, but instead the 13-time French Open champion's wait for a first final appearance at the indoor hard-court tournament since 2007 continues.

The 23-year-old German struck 37 winners, including 13 aces, and converted three of his eight break points to down Nadal.

"Before this match I was one in five [against Nadal], so I’m obviously extremely happy to be in another final of a Masters series.

"It’s great and tomorrow is going to be another difficult one."

Zverev extends his winning streak to 12 matches and will hope to add to his back-to-back titles in Cologne last month.

Despite the defeat, Nadal said he could take away a lot of positives from Paris as he now looks ahead to the ATP Finals - due to take place from November 15 to 22 in London.

"I had the right attitude during the whole event," said Nadal.

"That gave me the chance to play four matches that I think that will be helpful for London.

"I need to adjust a couple of things, but I am doing well on all the important things, so let’s see."

Medvedev reached the fourth ATP Masters final of his career, as well his first final in the French capital and 14th overall, with victory over 10th seed Raonic.

Both Medvedev and Raonic had great serving records entering the semi-finals and produced more of the same today.

Raonic blinked first as he was broken to trail 3-2, and that was all Medvedev needed to secure the opening set.

In a tight second set, Medvedev cruised to a 4-0 advantage in the tiebreak before converting his first match point with a routine overhead.

"Of course when you play with Milos, you are always at risk because one time he breaks you, it’s very tough to break him back, so I knew I had to stay focused," said Medvedev.

"I was shaky here and there but really happy to be through to the final."

The defeat ends Raonic’s season, but he feels he has made progress in 2020.

"There is a lot of things I'm doing much better than where I left off, even playing well in Australia at the beginning of the year, but I think I have made good steps forward," the Canadian said.