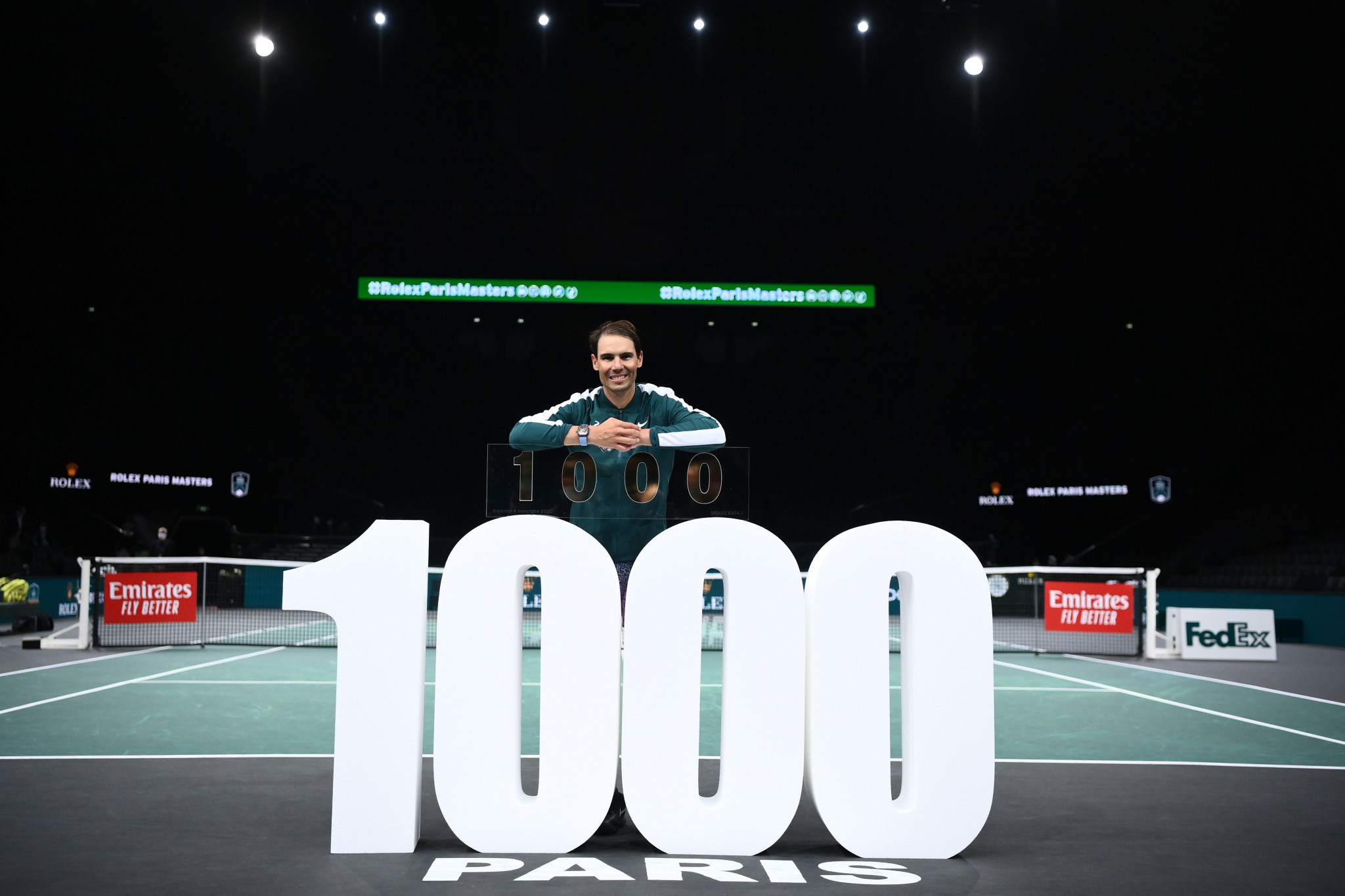 Rafael Nadal became the fourth player to win 1,000 Association of Tennis Professionals (ATP) matches as he came from behind to beat compatriot Feliciano López in round two of the Paris Masters.

Spaniard Nadal - who is tied with Federer on a record 20 Grand Slam singles titles - has the best winning percentage of the quartet at 83.3 per cent.

Other winners included third seed Daniil Medvedev of Russia, who was a set up against Kevin Anderson when the South African retired.

Swiss Stan Wawrinka - a three-time Grand Slam winner and Olympic doubles champion at Beijing 2008 - needed three sets to advance, but saw off American Tommy Paul to set up a meeting with Rublev.

The round of 16 is due to be played tomorrow, with Medvedev's clash against ascending Australian Alex de Minaur another highlight.